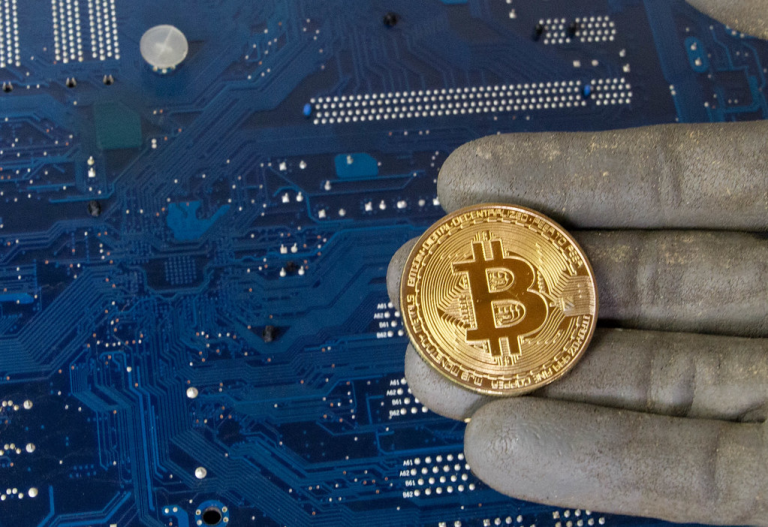 Crypto will likely not be the future of transactions, and banking. Image Credit: Flickr

Over the past few years, cryptocurrencies like bitcoin (BTC) have surged in popularity. Though formerly obscure, these tools are now household names because of their ability to perform financial transactions without the risks of government currency. With the takeoff of Bitcoin specifically, soaring to $60,000 dollars in value per BTC, many people are taking to directly investing in cryptocurrencies as a whole, and with this, many companies are seeking to set up server farms dedicated to mining Bitcoin. Essentially, companies will have entire servers dedicated to processing Bitcoin transactions, and they are rewarded with a certain number of bitcoins for doing so, making it a very alluring business model for many corporations. These mined Bitcoins are then sold to the general public similar to stocks. This is generally, how all cryptocurrency works, with the price fluctuating based on consumer faith in the currency, making it both a currency and an investment. Although, cryptocurrency presents many problems.

Primarily, energy consumption is a large concern of crypto; Bitcoin alone consumes more energy than some countries. This is due to the fact that companies have to power massive server farms dedicated to mining and processing crypto. These server farms are detrimental to efforts to try and aid the environmental agendas of many countries, particularly when taking into account a number of Chinese BTC mining corporations heavily rely on coal and oil power, further contributing to environmental damage.

Energy consumption will continue to be a problem in the future, particularly if cryptocurrency continues to take off and if certain governments continue to invest resources and energy into those farms. While part of this problem can be offset using green energy, the reality is that many countries such as China will continue to use coal power regardless, due to its cheap availability.

For the Individual, many have argued that cryptocurrency is the future, due to it being a decentralized currency, meaning that it’s unregulated by world governments or organizations. This is undeniably a benefit but is also a major downside of the currency. While dollars can be used in illicit transactions, it will be more challenging than bitcoin transactions, as organizations like the IRS, track the income and expenditure of individuals using dollars. However, with cryptocurrencies, the lack of centralized control of any form inherently means many will use crypto to conduct illicit transactions discreetly, some notable examples include the websites Silk Road and Agora, both of which are used to purchase and sell illegal drugs.

One of the major issues that have been affecting crypto since its inception is volatility. In general, this type of currency doesn’t have a tied-down value or a central bank to regulate value and amount; the premise of crypto is based on mining, and investment inherently, so at any given time, a cryptocurrency could plummet in value or skyrocket. For a general person, this isn’t a safe bet, and in fact, despite the many who have gotten rich from BTC soaring in value, it is likely that many will lose thousands of dollars if they recently invested.

The biggest problem for the individual, however, is that crypto in general, and even the biggest crypto Bitcoin, is not widely accepted as a currency, and oftentimes, a user has to have a source to convert Bitcoin into dollars before spending it first. Whereas a dollar can be generally spent and converted all around the world, a BItcoin or other lesser-known cryptocurrencies, in particular, require far more work to spend, making it unreliable for day-to-day transactions.

If someone doesn’t engage in many online transactions that would benefit from being anonymous, or isn’t knowledgeable in crypto investment, as a general rule, it may be wise to turn away from a currency that is as volatile as crypto generally is. Instead, investing money into more steady, reliable sources would be beneficial, such as savings accounts, treasury bonds, gold, etc. As it stands currently, cryptocurrencies are likelier to remain an internet meme than something that will actually help the ordinary American.