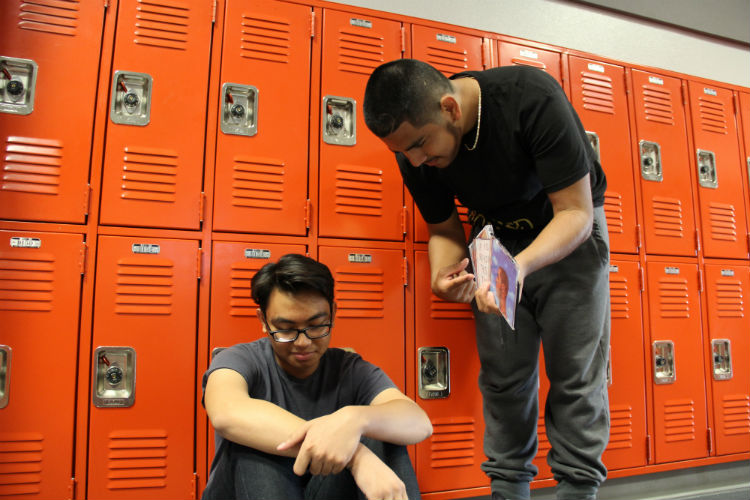 The upcoming release of Majid Jordan‘s new self-entitled album has prompted me to ponder what it really means to be a man.

In the 60s and 70s, a man was considered “manly” for being reserved and unemotional. They were the breadwinners; men valued financial and workplace success over personal relationships. Men believed that showing emotion would cause others to perceive themselves as weak and feminine.

Many people are exposed early on to this idea through various types of media and family. I, for example, looked up to my father as a prime example of these old-fashioned ideals. Growing up in the traditional town of Chanhassen, Minnesota, we were subconsciously taught to keep our emotions to our self and prevent ourselves from seeming vulnerable or soft.

As teenagers grow, we are exposed to more liberal ideas. I observed that others around me were expressing their emotions freely and without care. More recently, my friends have been exposing me to emotional R&B music such as Drake, the Canadian rapper notorious for being “emotional,” “soft” and “gentle.” With his recent single, “Hotline Bling,” he recounts an emotional journey of a girl that he used to love, but left due to his rise in fame.

Drake’s subject matter is oftentimes love and he is not afraid to exhibit his feelings toward the women of his life. In contrast to the ideas that many of us were once exposed to, Drake is one of the artists who does not shy away from revealing his true feelings to his fans and the world.

Celebrities and artists such as Drake demonstrate how the view of “manly” men has changed through past decades. Nowadays, men do not have to be the breadwinners of the family. They can focus on improving their relationships with close family and significant others while expressing themselves freely.

Expressing one’s emotions should not be seen as something that is “feminine” and “sensitive.” These emotions are normal in every single human being and to shy away from them would mean aversion to one’s self.

Instead, men and teens should embrace these feelings and discuss them with a close friend or family member. This way they do not have to restrict themselves from the emotions they are feeling; moreover, friends and family members can then impart clarity into their minds. Although it is a new experience for some, discussing one’s feelings is not a “soft” and “unmanly” act to commit to. It allows men to explore their emotions freely and without criticism.

Men can now express themselves without the fear of being called “soft” or “gentle”. They are not tied to the traditional ways of life we were once exposed to and due to various celebrities and artists, men do not have to be seen as emotional and weak.

The effect of artists such as Drake will leave an imprint on a man’s attitude when dealing with delicate emotions. We no longer have to be “stoic” and “unemotional” to be considered men. Drake has showed others and myself that being emotional and expressing my feelings is acceptable in today’s society.