PRO/CON: Education through a new lens Cameras in classrooms–a benefit not a burden 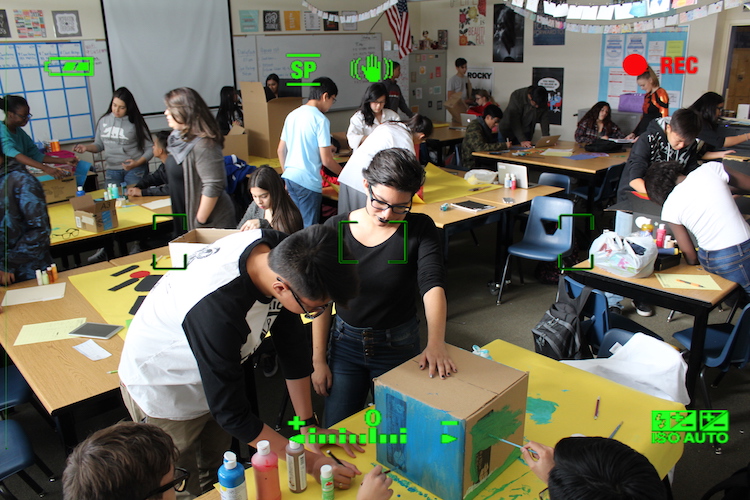 Stagnant test scores. Faltering safety. The fate of America’s school system may fail to reach beyond a mediocre status, but maybe there’s a way to change that score. What if people began to view old practices in a new light?

Think about the ease in attending class even when you’re too sick to get to school. Think about the reassurance in knowing you can be saved from any dangers or accusations. Think about the possibility of getting the most you can out of school. Cameras in classrooms get a bad rap for being a nuisance, but if it helps in a multitude of scenarios, then what harm can it do?

Recently, the school board of Lyon County voted in favor of installing video cameras in every classroom to be used specifically for emergencies. By the end of the year, all of the 17 schools in the district will be equipped with classroom cameras and teachers will be required to wear a necklace remote that triggers a silent alarm. The aim is for efficient and appropriate responses in case of danger.

However, cameras can benefit student safety in more ways than one. With 9 percent of teachers having reported that they were threatened with injury by a student, video recordings provide concrete evidence instead of reliance on statements from witnesses, which may be biased.

Why not expand protection to the classroom?

Additionally, the use of cameras ensures the safety of students who are incapable of speaking for themselves. In Clark County School District, parents have previously requested cameras for special needs classrooms because of incidents where teachers have abused their students repeatedly. Currently, approximately 750 of the 1,600 school busses in the district are equipped with surveillance cameras to safeguard special needs students, but why not expand protection to the classroom? 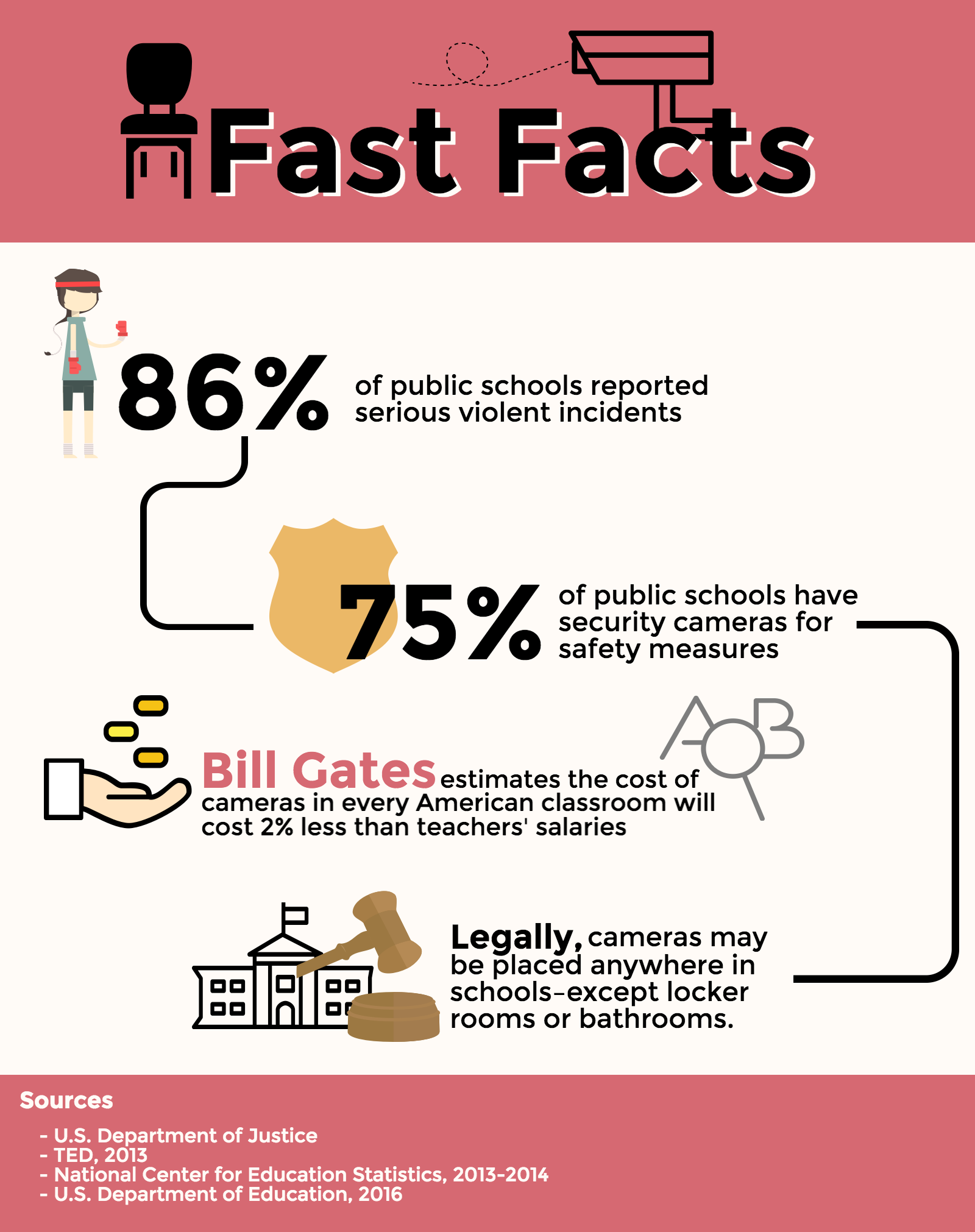 Often argued as an invasion of privacy, many teachers claim that it degrades their professionalism. However, placing a camera in a classroom would be no different than placing one in a restaurant or giving police body cameras. The cameras would exist to provide reassurance to those whom may be concerned about what class time is spent on.

Plus, cameras are not restricted to safety purposes. Video access would help administration and parents monitor the rate their students are learning. When it comes time for teacher evaluations, recordings provide a more authentic view of how lessons are given. Likewise, video evaluation encourages consistently good behavior from instructors as well as students instead of feeling inclined to act a certain way when an observer visits.

Once a teacher holds a class, the information will not be reinforced afterwards.

This method is already in practice. In 2014, five schools in Palm Beach County began to use the VIEWpath camera system, aiming to improve teacher effectiveness. School staff began to prepare pre-recorded lessons for substitutes, which also allows teachers to share their recordings among colleagues for peer review and self-reflection. Finding flaws in their original teaching methods, instruction was adjusted in order to benefit their students.

Classroom cameras should be expanded throughout the nation not just in certain locations. There doesn’t need to be a limit on the advancement of education when technology exists for our benefit. Providing more schools with cameras would create a chain reaction, transforming performance rates locally then nationally and, eventually, globally.

Video recordings are more of a tool for education than anything. They don’t symbolize a distrust between administration and teachers but a way to expand teaching methods and improve the quality of education.