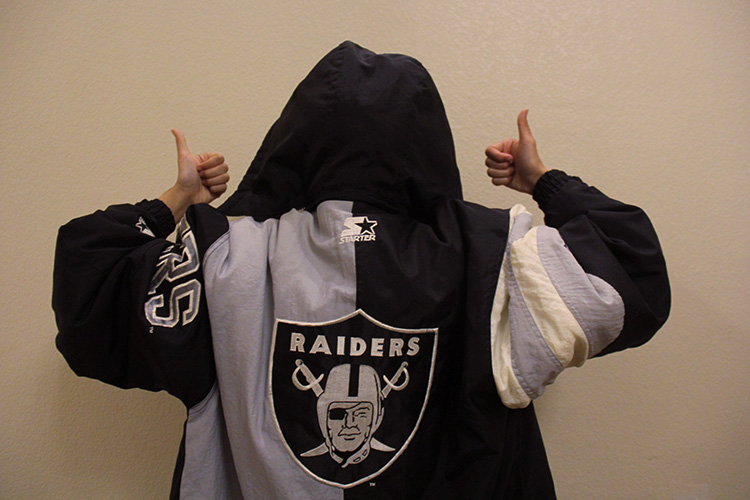 Las Vegas, Nevada–a travel destination full of flashy slot machines and unforgettable memories embedded within a single strip of hotels. In the eyes of an outsider, this city is little more than a massive party place for adults. Elaborate shows and exhibits tower over a community that underlies the city’s persona. However, recent news of a possible Raiders stadium provides a chance for change.

With one of the oldest stadiums in the NFL, the Raiders currently play at the Oakland Coliseum, which has faced consistent issues over the years. Although Oakland proposed $200 million for an updated stadium, that’s little compared to the $750 million offered by Las Vegas.

The plan that Raiders owner Mark Davis has in mind calls for a brand new stadium near the Strip, meaning it’s in close proximity to main attractions unlike the Sam Boyd Stadium, which is about a 30-minute drive away. If the Raiders moved to the Sam Boyd Stadium, it’d be a downgrade from their current home now.

In an interview with the Las Vegas Review Journal, Clark County commissioner Steve Sisolak said: “Sam Boyd Stadium is not suitable for NFL games. The capacity is too low. The infrastructure is too old. It’s not up to current standards in terms of television, which is extremely important in the NFL.”

While a new stadium requires partial funding from the city, the money will come from room taxes that are paid for by tourists who stay in the hotels. In the long run, the revenue earned from the stadium would pay back the $750 million it cost and distribute significant amounts of earnings across Southern Nevada.

Despite the fact that Las Vegas would technically be the fifth smallest NFL town, a limit on possible profits wouldn’t exist. With nearly 43 million visitors in 2016, there’s no need to rely solely on a local fan base. As a vacation destination for people worldwide, tourists already come and go on a daily basis–adding a stadium would be another reason to visit.

WHERE ARE THEY NOW: Rochelle Mae Ruiz

Having a Las Vegas football team provides an opportunity to strengthen the bond between the community and the personality the city resonates. Instead of being stuck in the shadows of the Strip’s limelight, the Raiders would be representative of Las Vegas’ identity as a whole, uniting the community and the attractions into one.

Accommodating both entertainment and professional sports, the culture of Las Vegas would be redefined. Drawing the population closer together, the Raiders encourage a common sense of belonging–a reason to find pride in this city. No longer just a place for adults to spend their free time, Las Vegas would expand and appeal to new demographics, becoming a well-rounded destination like some of the most famous cities in the world.

Las Vegas, Nevada–home of the Raiders: a phrase that would change the course of this city’s future. Building a bridge between the community and the city’s persona, it forms a type of identity for the population that hadn’t existed before.