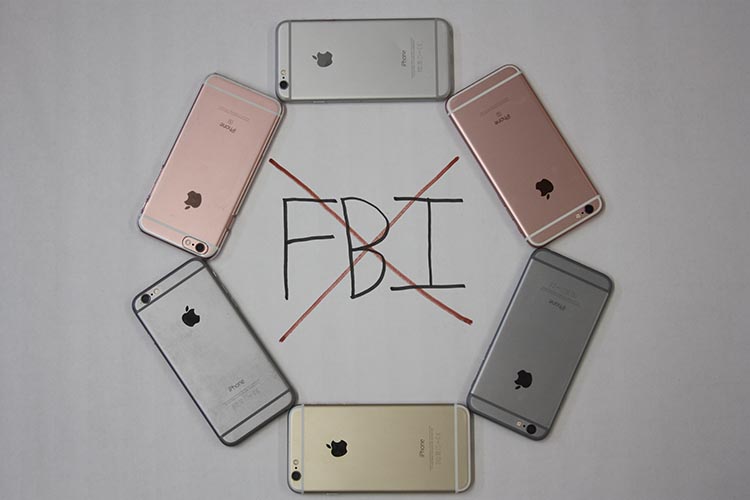 This question has been raised due to the FBI’s attempt to force Apple to create a “backdoor” (a feature of an operating system that allows access to data found on the device the system is operating on) so they can obtain data from the iPhone of the San Bernandino terrorist suspects.

Apple, when asked by the FBI to create this backdoor, refused to do so because they believe their customer’s right to privacy is more important than assisting law enforcement. They have also stated that by creating an operating system that circumvents standard security features, hackers could obtain this updated software and use the programming to their own advantage.

Even though the FBI is just doing what they think is right, the agency needs to look at the bigger picture.

The FBI, however, feels that Apple needs to assist them with the San Bernandino case, and has fallen back on a more emotionally charged stance against the tech giant. One supporter of the FBI, Senator Tom Cotton of Arkansas, has said “Apple chose to protect a dead Isis terrorist’s privacy over the security of the American people,” which creates a tricky situation for the tech giant.

We believe that Apple is in the right with this case, and the FBI should not expect the tech company to oblige with their requests.

Even though the FBI is just doing what they think is right, the agency needs to look at the bigger picture. While having unrestricted access to a dead terrorist’s cellphone would help close the San Bernandino case at a much faster pace, they need to realize that allowing software that completely ignores iOS security measures would only bring harm in the long run.

In addition to privacy and security concerns, this case would set a precedent for future dilemmas where a law enforcement agency requests access to a locked and encrypted iPhone. In fact, twelve other active cases have made the same request from Apple, and if the FBI manages to win over the Supreme Court, the tech giant may have to comply with all twelve of these requests (not to mention the future cases that will certainly arise as time passes).

While security is an important issue, customers should not have to give up their right to privacy just to close a single case that does not impact them in the slightest. As stated by Apple’s top lawyer, Bruce Sewell, “Do we want to put a limit on the technology that protects our data, and therefore our privacy and our safety, in the face of increasingly sophisticated cyber attacks?”

All citizens have a right to privacy, and as concluded by Citizens United v. FEC, companies are technically classified as citizens, at least in regards to the First Amendment and the freedom of speech and expression. The new question being raised right now is whether or not companies should also benefit from the Fourth Amendment: the right to privacy.