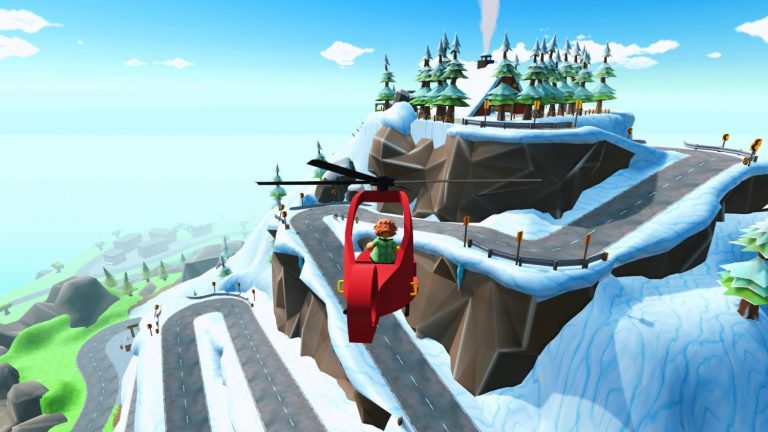 The “Totally Reliable Delivery Service” game feels like a form of entertainment that aspires to be a joke game, having it either make or break my interest in the game.
Rating: CPhoto Courtesy of TinyBuild

There are a plethora of mobile game ports on the game service Steam, which are mobile games that then get remade for the PC. What is much more uncommon is the porting of PC Games to mobile. TinyBuilds’ latest release on the app store is the game ‘Totally Reliable Delivery Service’, which was originally slated to only be released on Steam, but which recently came out in early access for IOS devices.

The premise of the game revolves around attempting to do an otherwise mundane job as a delivery man with the wacky physics and unorthodox controls that you must work around to achieve success. Everything, from how you move your character to how you make the actual delivery, is exaggerated and a challenge of its own. Unfortunately, for the mobile version, the challenge comes not just from the gameplay but also the many bugs and poor design choices riddled throughout the game.

The issues began within the tutorial, where the game crashed twice and forced me to restart the tutorial and the app both times. On top of this, it became very clear that the controls would be more suited for a keyboard and mouse; the controls are buttons on the screen and tapping each one is very unreliable and sometimes did not respond. The controls do not work very well, and pushing between them on buttons is very slow and clunky.

The gameplay itself is not actually fun as advertised, even without the bugs. Every objective is going from point A to point B, and in its current state, there isn’t much that makes the process interesting other than the unusual controls. The game could have implemented more elements to make traveling to delivery locations more interesting, like obstacles such as enemies or dangerous terrain.

The game is currently free on the App and Google Play Store, however, when the game’s full version comes out, you will have to pay for whatever the full price will potentially be. It’s also important to mention that the game currently has no micro-transactions or premium currencies present.

Overall, ‘Totally Reliable Delivery Simulator’ feels like a form of entertainment that aspires to be a joke game, something akin to Goat Simulator, but doesn’t actually make that experience funny or wacky enough to make you want to play it for more than five minutes. If you come upon this game while browsing the app store, it’s probably not worth your time, in its current state.