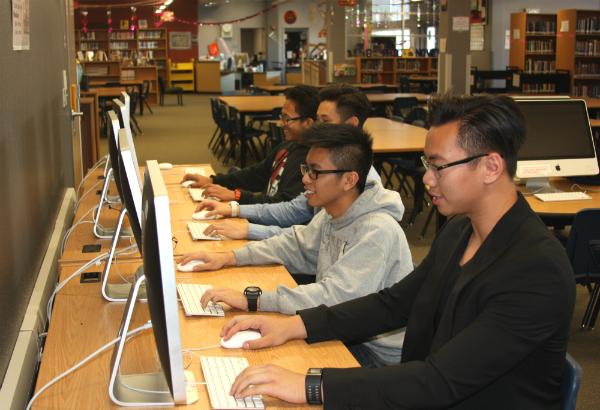 This week, the Southwest Shadow welcomes its newest columnists, Tyler Antonio and Brandon Hatch. Their column “Odds & Evens” will be posted weekly, with Antonio posting on even weeks, and Hatch posting on odd weeks.

Gamers gather, their computers ablaze, and challenge players of a similar caliber to rally the skills refined through constant practice and perseverance.

Self-improvement is not solely offered within the confines of traditional, disciplinary environments. Adopting the qualities to surpass one’s former self is expressed through multiple forms. In order to succeed, people must commit to a consistent schedule and re-evaluate themselves when they recognize flaws in their exercises. Therefore, if the foundation of self-improvement is applied in any practice, it makes a marginal difference if the person engages in digital simulation, tunes the notes of a song in rhythmic unison, or pumps enough strength at the gym to tear a muscle. What differentiates these hobbies are the results and goals; however, their followers respect the same mentality on each path, which is to thrive and develop skills that are personally essential to them.

As competitors, gamers must evolve their analytical ability to distinguish themselves amongst top-tier teams in professional circles. Outlined in “Competitive and Professional Gaming: Discussing Potential Benefits of Scientific Study,” they employ persistence, discipline and intelligence to edge out a win over the opposition. At the pinnacle of the professional scene of any game, teams cannot rely on brute force or linear tactics. To exploit weaknesses, they compel themselves to trace habitual patterns and tendencies inherent to their opponents.

[vision_pullquote style=”1″ align=””]Collecting multiple perspectives to forge one insightful idea will yield the most optimal path to success.  [/vision_pullquote]

For these online contenders, the theoretical and intellectual aspect of the environment contributes to their success as much as execution. Like in any other profession or craft, people must study and research to broaden their knowledge. By instinctively building the senses and intuition to remain competitive, they learn to adapt under pressure and when plans falter, which is the essence of flexibility.

Although individual talent composes a portion of a team’s prowess, a competitive environment demands collaborative skills. By communicating with teammates, a lineup can facilitate new ideas of ingenuity to propel them forward, averting the possibility of becoming predictable. Moreover, a comfortable atmosphere encompasses better internal relations, allowing players to verbalize their thoughts without feeling intimidated and calm themselves in stressful situations.

To improve, people must surround themselves with others who are more skilled and experienced. Criticism and poor performance is enough to deter people from this aspect of self-improvement. However, if an individual only adhered to his or her own standards, there is no outlet for progression.

Collecting multiple perspectives to forge one insightful idea will yield the most optimal path to success. People retain what proves as an effective attribute and eliminates aspects that are detrimental to them. For example, competitive gamers practice with others who are similar in skill or better than them. It is a circle of feedback and discovering the most optimal strategies. For any activity, a person will plateau if he or she is not challenged and instead allowed to get comfortable with his or her current state.

All expressions of self-improvement are identical in which they demand the same qualities for their followers to prosper.

Whether that medium is digital or physical is irrelevant. Gamers should not discourage themselves from their passion because of stereotypes that denounce them for unproductive, mindless undertakings. If accepted from a critical perspective, they can yield benefits that they can apply in life. Gamers must pursue their hobby if that is their outlet of expressing themselves.