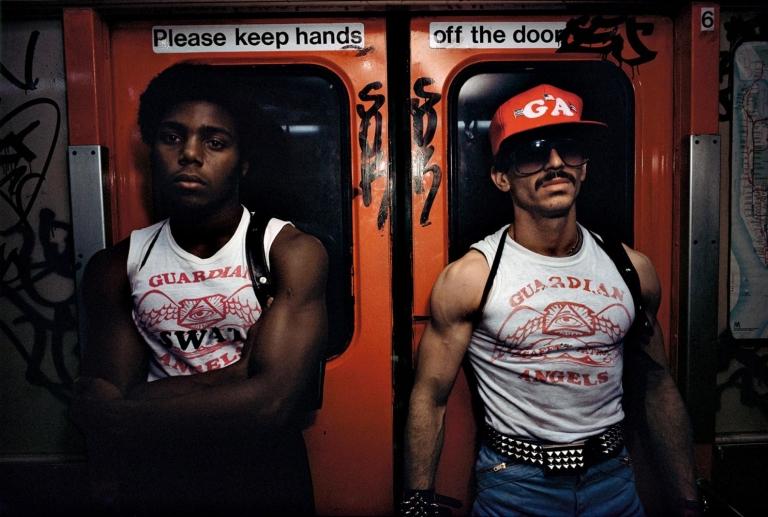 During the 1980s, crime was rampant and an organization of unarmed vigilantes were formed called the Guardian Angels. The state of Las Vegas's crime mirrors the streets of New York City in the 1980's because of the lack of effective law enforcement. Photo credit: Bruce Davidson

With a gun pointed at her head, my mother hands over her purse after being robbed at her doorstep. In a couple of seconds, my mother lost a month’s rent, her phone and her sanity. At that point, I realized that even though I live in Summerlin, one of the most secure neighborhoods in Las Vegas, we still aren’t safe.

A lack of safety is the sole reason why my family emigrated from the Philippines. When I lived there, I was always armed with a pocket knife when I was alone. Although I was fortunate enough to never use it, it was still a clear sign that my family constantly feared for their lives. I thought that things would change when we set foot in the states, but the incident from December is still all too familiar.

Crime has almost always been a problem in big cities and in urban environments, including Las Vegas becoming a haven for illegal activity. For every 100,000 people in Las Vegas, 3.8 percent of these people are victims of crime—which is 25 percent more than the national average. Additionally, 26 percent of those crimes are murders, which is twice the normal rate.

Although some people may think that stricter laws, improved police forces and new management are the only solutions to preventing crime. Criminals don’t suddenly stop committing crimes just because police officers are scarier. There needs to be something in place to stop people from becoming life-long criminals in the first place.

The community should be able to trust in the abilities of the police department, but they also should be able to trust in rehabilitation as well. Juveniles constitute 1,200 of the 1.2 million people imprisoned, instead, minors should be counseled and put into programs that prevent them from future illegal behavior. If long-time criminals can’t change, then at least future generations should at least have the chance to not follow in their footsteps.

Education reform makes a splash – but not without its critics Progressive loosening of standards has strong advocates, opponents

There are still programs aimed towards preventing crimes in Las Vegas. There are measures towards protecting children and general safety, along with programs like the opioid task force that are working towards reducing drug abuse by 18 percent through “better-coordinated efforts and statewide leadership.”

In order for Las Vegas to make positive change, they need to improve the LVMPD by altering the hiring process and officer standards. Along with establishing youth programs that will prevent adolescents from entering a life of crime. These are just a couple steps towards improving life in my city. Las Vegas deserves better.