The people’s branch? Think again It's up to we the people 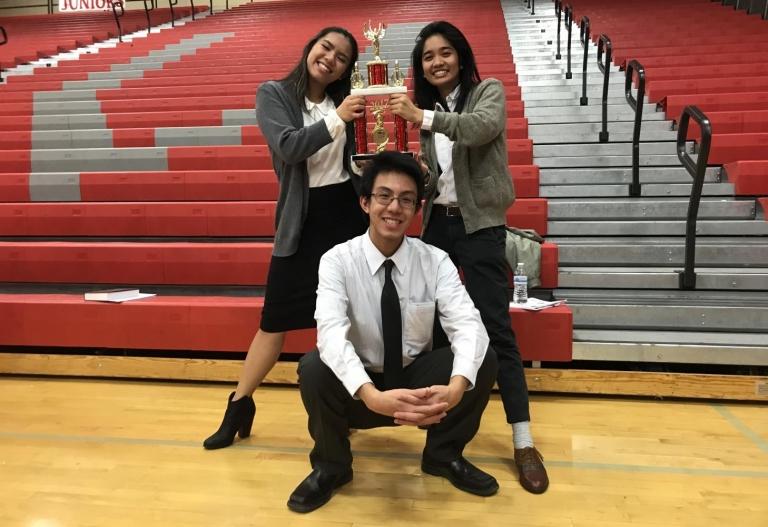 This is my Unit Four group for the We The People competition. Our entire team ended up winning second place in Congressional District Three. Photo credit: Hannah Jane Romero

As I prepared for the We The People district competition, I actively checked the news, trying to find connections between current events and concepts about the government. In the process, I stumbled upon a statistic that should have surprised me, but instead, the number only helped me make sense of American politics.

According to Gallup, the U.S. Congress has an approval rating of only 13 percent, meaning an overwhelming majority of the public feels as though they are not being properly represented by their elected officials. The evident tension between the legislature and the masses can be seen with recent decisions made in the government.

For example, 43 percent of Americans opposed the GOP tax reform bill that recently passed. To put in perspective, that is the lowest level of public support for legislation in the past 30 years. Despite public skepticism about how this will favor the working class, Congress has disregarded the people’s voices, which I assume is for the sake of pleasing wealthy special interests.

While in AP Government, my teacher Mr. Joseph Juliano taught us that “money is speech.” Whether it is gained through lobbying or invested in political officials, money has the power to greatly influence the bias of government leaders and affect the direction they intend to take their constituents.

Here’s a scenario: if a politician makes a decision against an investor’s viewpoints, the investor is likely to back out of supporting them, creating a possible financial dilemma. Is it more probable for a politician to cater towards the views of those who are paying them or towards the those who do not offer as much of an incentive?

For similar reasons, Congress has remained unresponsive to the net neutrality issue that 83 percent of Americans opposed. However, if they really wanted to, the legislature has the power to create a bill that enacts net neutrality into law right now, but that would mean conflicting with the interests of major Internet Service Providers.

Contrary to how it may seem, I’m not condemning Congress simply for the sake of just saying I have little faith in our representatives. I understand that there are a great deal of Congressmen who wholeheartedly govern with the common good in mind, but the next generation of adults must remain critical of the government. If we intend to truly “make America great again,” we must recognize existing flaws of certain representatives and make informed decisions when it is our turn to vote.