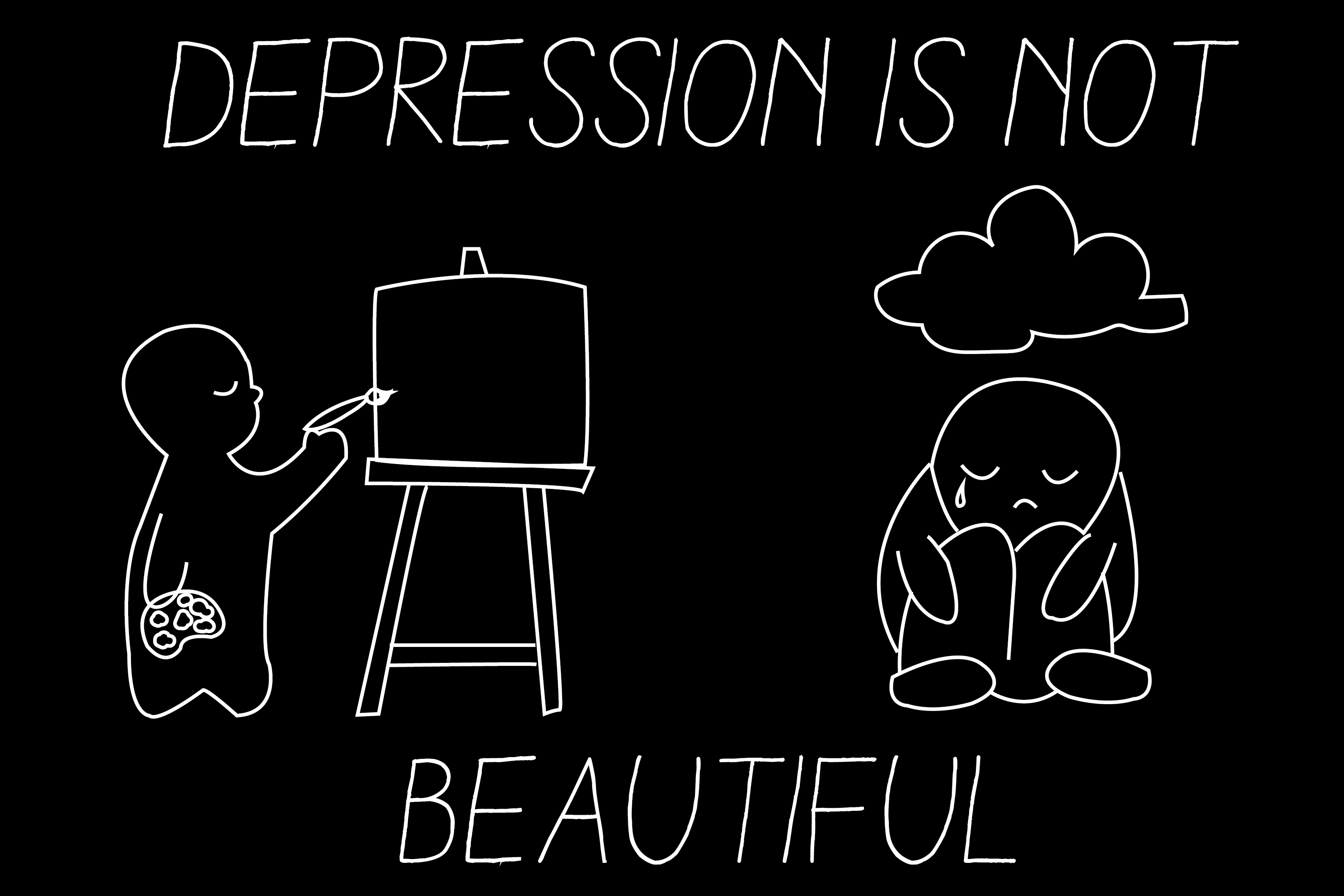 Despite the stigma surrounding it, there is nothing beautiful about mental illness. Photo Illustration: Summer Thomad

Oct. 10 was World Mental Health Day, a day dedicated to raising awareness for mental illness and advocating the importance of mental health.

People’s perception of mental illness has proven to be a wide ranging spectrum; individuals possess different degrees of understanding and misunderstanding, with some being more knowledgeable of the topic than others.

While some people believe that mental illness does not exist (which is an extremely ignorant point of view— considering that mental illnesses are scientifically proven disorders, often caused by chemical imbalances in the brain), others take their point of view to extremes by claiming that they are mentally ill without truly understanding it, or romanticizing its implications.

Although the understanding of mental illness has improved immensely from what it used to be where those suffering from mental disorders were condemned and viewed as social pariahs, it has now been taken drastically to the other side of the spectrum.

There is nothing beautiful about thinking of ending your own life and it is not romantic to harm your own body or to starve yourself.

Individuals may claim to have a mental disorder, such as anxiety or bipolar disorder, without receiving a proper diagnosis. On the other hand, one may begin receiving medical treatment for an illness they do not actually have; this can be particularly dangerous as one may start to depend on certain drugs to maintain a regular mental/emotional balance when they did not have an illness to begin with. For example, one might self-diagnose them self by insisting that they are having a difficult time remaining focused, and request Adderall from their doctor to treat their “ADHD.”

In media, whether it be through music, television, or social networking websites such as Tumblr, Twitter, or Instagram, mental disorders tend to be romanticized or even viewed as poetic.  Kurt Cobain’s suicide note was even sold on a t-shirt.

Mental illness is made out to be glamorous or romantic due to the way it is represented within media; some believe that mental illness is something that will differentiate them the crowd or make them unique or special, when in reality mental illness is a large burden on the lives of those suffering through it. Reblogging photosets on Tumblr of empty prescription bottles surrounded by roses does not mean you are depressed; depression does not tend to look like cigarette boxes decorated with Nirvana lyrics and artfully running mascara.

In an opinion piece featured on TeenInk, an anonymous writer summarized the issue with the media’s portrayal of mental illness. “Give depression and suicidal tendencies to Uncle Frank from “Little Miss Sunshine” to pique the audience’s interest. I don’t have an issue with giving real problems to fictional characters, but I do object when those problems are made to look easy and beautiful. It is not a special trait writers can insert occasionally to make a character more appealing. Make it real. Remind the audience all the time because it is an everyday struggle.”

The idea that having a mental illness makes one a “tortured artist” — that depression or sadness will enable one to create beautiful art is flawed; those who believe this do not understand how depression actually works.

Depression is the inability to get out of bed in the morning because the world seems like too much; it affects everything, often preventing the individuals suffering from it from being able to function productively, despite how much they may desperately want to. How can you expect to create art if you cannot even leave your bed in the morning? Where do you find the inspiration for anything when you can hardly find the will to continue living?

Of course, art can be a way of expressing oneself, and historically, there is a correlation between creativity and mental illness. Some of the world’s most renowned artists, such as Vincent Van Gogh, suffered from illnesses such as schizophrenia and bipolar disorder.

However, mental illness is not something to be desired; it will not makes one’s art great. Though art can be therapeutic for those dealing with mental illness, it is not the cause of one’s talent. Some feel that depression or mental illness is what will move them to create works of art, when in reality it can prevent them from doing so.

There is nothing beautiful about thinking of ending your own life and it is not romantic to harm your own body or to starve yourself. Brooklyn based writer Kait Rokowski says, “Nothing ever ends poetically. It ends, and we turn it into poetry. All that blood was never once beautiful. It was just red.”

The trend of “beautiful sadness” has gone too far and is making it hard to tell who actually needs help and who’s trying to fit in with this dark disturbing trend. In light of World Mental Health Day, take the time to inform yourself on the implications of mental illness.