Beware the Blame America Firsters Sometimes, our enemies really are the bad guys 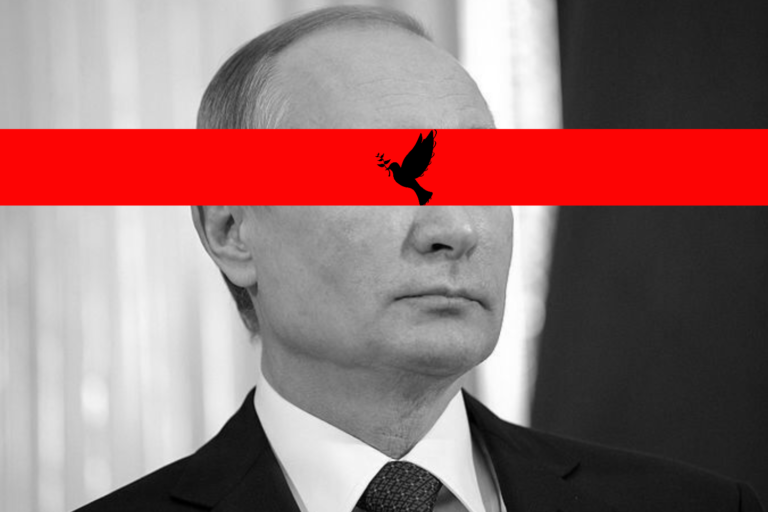 Vladimir Putin is engaging in the most shocking war of aggression in recent memory. It’s important to remember to avoid blaming anyone but the nation responsible. Photo Credit: The Russian Presidential Press and Information Office Art Credit: Ahmed Ahmed

20 years ago, a then-niche political writer named Christopher Hitchens wrote a sharp rebuke to a then-definitely-not-niche academic named Noam Chomsky. Though the two men had largely agreed on politics, the horrors of 9/11 ignited a severe disagreement between them. Hitchens felt that Chomsky was too willing to equate America’s issue with the crimes of our enemies, and also too willing to blame the U.S. for the tragedies of the world.

That story ended sadly: Hitchens spent the next decade of his life strongly defending America’s wars in the Middle East until he tragically died of cancer, and his relationship with the rest of the left never truly recovered.

But the lesson from that article is something I’ve been thinking about in the past few months of Russia’s invasion of Ukraine, Europe’s most serious conflict since the second world war. Since Russia has planted boots on the ground, the wave of people taking every opportunity possible to excuse the invasion as a fault from America or the West has only grown stronger.

The Democratic Socialists of America, the nation’s largest anticapitalist organization, blamed the invasion on the West’s “imperialist expansion” which “only further escalates the crisis.” Leftwing outlets are rife with articles pointing the finger at the U.S. and NATO for Russia’s invasion, accusing them of excessively antagonizing the invading nation. Chomsky has attacked western military support for Ukraine, saying it’ll prolong the war. On the right, conservative golden boy Tucker Carlson has defended Putin explicitly, and a litany of other elected officials and commentators have echoed similar sentiments.

In a sense, the people who affirm that the Russian invasion is bad but continue to blame the West are more dangerous than Russia’s open defenders. This is because the former group’s acknowledging the obvious with regard to the invasion makes their attacks on America appear more reasonable.

This is deeply distressing, as these attacks are anything but. Blaming NATO, an entirely voluntary alliance of countries dedicated to defending themselves, for Russia’s invasion is nonsensical for two incredibly obvious reasons.

The first is that if Putin’s invasion of Ukraine is driven by anxiety over it joining NATO, it’s worth noting that the invasion has done more to strengthen the alliance than anything in living memory. Support in Finland and Sweden for joining NATO has shot up since the invasion, a pretty easily foreseeable outcome all things considered. It should be obvious why: the brutal massacres in Ukraine are the accidental best possible advertisement for joining an alliance to protect us from foreign invasion.

The second is that Putin has said — as explicitly as is humanly possible — that the motivation behind his invasion is a desire to recreate a neo-Soviet Union combined with a belief that Ukraine is essentially a fake nation. You don’t have to interpret this from reports or leaks from Moscow, the man himself says as much.

The world is obviously not identical to the way it was in the immediate aftermath of September 11. But the too common tendency to find some way to pin the planet’s problems on the U.S. remains as strong as ever. Those who have valid concerns about western foreign policy should be encouraged to do so, and encouraged just as much to avoid making the lazy arguments that anti-anti-Putiners engage in.