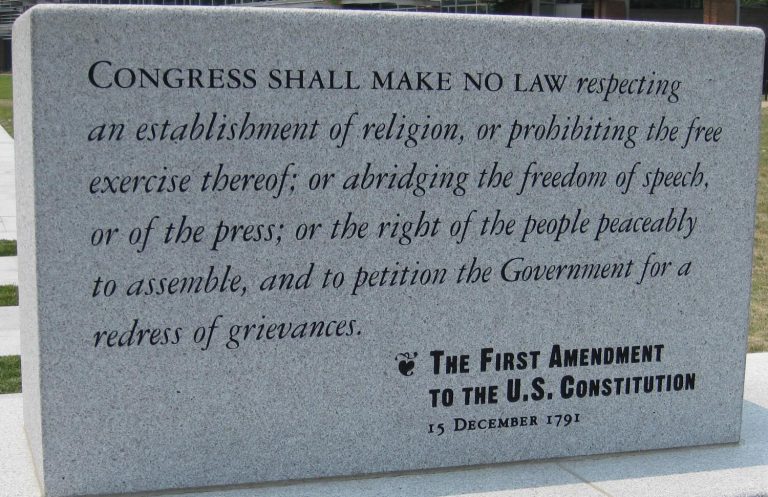 In a national case questioning the legality of freedom of speech, another question arises regarding the authority of the American educational system: are schools allowed to moderate social media? Flickr Photo Credit: elPadawan

Our rights are being questioned. Again.

In another daunting case against free speech, a cheerleader has filed a lawsuit against the Mahanoy Area School District after she posted a profane snap on her social media, consequently leading to her suspension.

In 2017, cheerleader Brandi Levi (B.L.) was upset after learning she did not make the varsity cheerleading team. She left the school and snapped “F— school f— softball f— cheer f— everything”. The snap was then shared with school officials, where they prohibited her from cheerleading the following year to “‘avoid chaos’ and uphold a ‘teamlike environment.’”

She then sued the school district citing a violation of freedom of speech, where she won in the United States Court of Appeals for the Third Circuit in Philadelphia. However, the Mahanoy Area School District appealed to the U.S. Supreme Court, backed by several educational organizations, where the case is currently being heard.

This on-going lawsuit is just another example of schools abusing their power to silence others in a direct violation of human rights. Some may argue that her snap was a disruption to the school environment, which justified the action the school district took against Levi, while others argue that her snap is freedom of speech.

But what even qualifies as a “disruption to the school environment?” Surely a single post, which didn’t target a single or specific person, isn’t enough to disrupt a whole school, like a shooting threat. Teens post similar items of questionable taste on a daily basis, so it wouldn’t matter whether it was upsetting to her school district or not, considering it is a norm within the social standards of social media for teens. If it’s an accepted and common norm, it shouldn’t be classified as a disruption at this point, meaning there shouldn’t be any type of effort to discipline social norms, even if it’s in poor taste. And because instances like this happen all the time, they would have to respond to all of these cases, and not just cherry-pick those like B.L.

And then there’s another matter: the fact that her school is disciplining her actions based on a message in a non-moderated, free, and unaffiliated social media platform. It’s immoral to think that schools are punishing students based on platforms in which students, or anyone in general, are given the opportunity to voice their opinions using the First Amendment. Like the Tinker v. Des Moines case, which ruled that students are allowed to express conflicting opinions on school campuses, student’s freedom of speech should extend not only on campus, but the reverse.

What we post on our social media accounts is in no way under the jurisdiction of our teachers, or administration, or at least shouldn’t be. It’s like the government is spying on every digital move we make – I wouldn’t want the FBI spying on me while I FaceTime a friend.

A ruling siding with Mahanoy imposes some dangerous consequences regarding the safety and freedoms of every American student across the country. We could be looking soon at thousands of school districts disciplining millions of students for insignificant actions, like what Levi did. This in turn could ruin the lives of millions of potential doctors, scientists, politicians, etc. School authorities could even start to reach home, disciplining both students and parents for their actions in their personal lives.

In a previously published article on a similar topic, the decision of Hazelwood v. Kuhlmeier allows schools to enforce their ability to censor in their privately-funded newspapers if there is a “pedagogical concern,” meaning something that disrupts the mission of the school. In that court case, the school argued that the article they removed was extreme and used school funds to publish. However, the limitations of power stopped on school grounds.

But this case shows that the previous rulings surrounding the issue of freedom of speech for students don’t really have any clear boundaries. There are no set of rules that clearly point out what should be a concern for a school or not. This case is just another example of the egoistic education system we have in this country and the guidelines that they are trying to establish which are a clear violation of our freedom of speech. No one should be able to define what positively or negatively impacts a school because it’s a matter of opinion, not “pedagogical concerns.” And if it had to come down to someone, it should be the parents who decide what is reasonable or not, since it’s one of their moral obligations to discipline their child for whatever they do outside of school. The fact that B.L. has to fight for her rights in the Supreme Court imposes serious questions over how schools now play a larger role in a student’s life.

If this ruling to allow the Mahanoy Area School District or any school district for that matter, to censor their students based on silly social media stunts is successful, it will be a serious issue for student press freedom. Actions normally protected by the First Amendment would be under question, like the publishing of this article, which mirrors something along the lines of an authoritarian government. If the appeal is approved, it will give more school districts the authority to censor student articles and possibly tarnish a student’s reputation. Student press rights are already being pressured by the laws influenced by the Hazelwood case. To allow a school to censor someone for a Snapchat post irrelevant to real issues poses serious dangers to actual articulated articles with opinions written by student journalists.

Our only solution now is to fight back against the educational groups looking to enforce power over our lives. Petitions and calls to the government backing Levi can surely make a difference regarding public support against this type of tyranny. We must unite those who have been silenced before against this issue of censorship. It isn’t just a concern for students anymore. It’s everyone’s concern.

For more information and updates on this case, please check the SPLC website and the official docket from the Supreme Court.