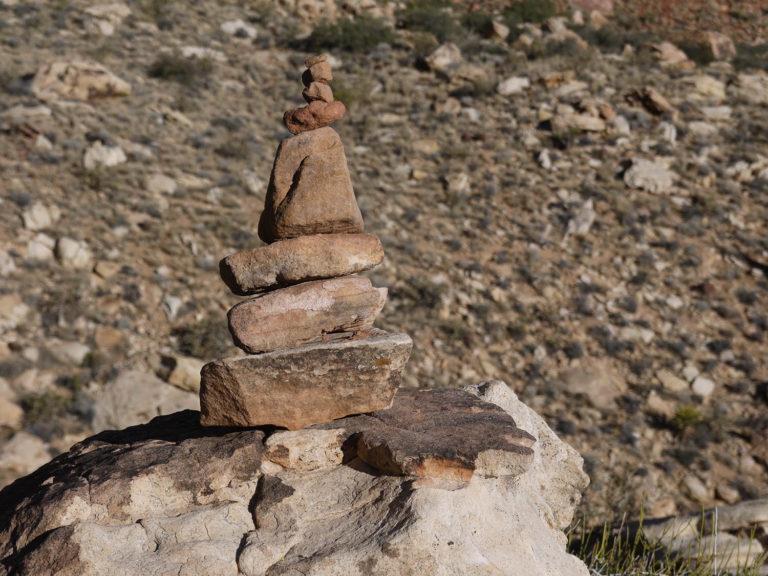 The petition that organization Save Red Rock began has reached its goal of 50,000 signatures. Now, the group is pushing to pass Assembly Bill 277, which would place certain restrictions on land usage. Photo Credit: Althea Gevero

Many Vegas locals have coasted down the Scenic Drive in Red Rock Canyon, pulling on sunglasses and taking in the burgundy mountains. This popular expanse of mostly untouched, spacious land is a rare occurrence in Las Vegas–but the area could soon be drastically changed.

A plan to build a 5000-home housing development near Blue Diamond Hill, only miles away from the canyon, gained traction in 2011 and recently again in 2016. Developer Jim Rhodes and company Gypsum Resources acquired the property in 2003, an area which was previously popularized for mining resources. But Rhodes and the company continue to push for the idea of a property that goes “beyond mining.”

Despite these positive ambitions, Rhodes and the company have been rightly and repeatedly met with challenges by many–namely the grassroots organization Save Red Rock. The environmental and economical disadvantages that would occur as a result of creating the housing development are irreversible and dangerous.

In addition to the housing area itself, the proposal includes a plan to build a highway which would divert traffic around nearby communities. This disruption of normal traffic flow and the proposed area of the six lane highway would cause an increase in construction pollution and automotive pollution. These problems are only a few of the repercussions from building a development which would require millions in taxpayer money.

Save Red Rock has an entire timeline of successes that they have made over years of fighting the development. Though the organization board is made up of members who range from a web designer to a veterinarian, and supporters have the diversity of Las Vegas itself, they all support keeping the unique and natural beauty of this area.

Aside from the negative practical effects, there is an emotional aspect to preserving the area. With the reputation of “Sin City,” many locals are attached to Red Rock and feel comfortable knowing that a clear sky and well hiked trails are only a simple drive away.

Creating this housing development, and all of the consequences that would come with it, takes away one of the last claims that locals have on an escape from the stereotypical Vegas lifestyle–something that too many have taken for granted. You can support Save Red Rock by clicking here.