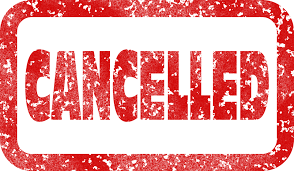 The tendency to cancel those who disagree can be tempting. It should also be avoided. Photo Credit: Pixabay

It’s unlikely that Mimi Groves knew that she would be the center of a massive news story when she posted a seemingly innocuous notice on her Instagram page, urging her followers to take part in protests for racial justice following the killing of George Floyd. That kind of post was commonplace for millions of Instagram users in the western world, in which young people especially took to express their support for the progressive “Black Lives Matter” movement. This time was different, though, after an anonymous account commented, “You have the audacity to post this, after saying the N-word,” would be the fuse lighting up a firework changing her life forever.

The comment referenced a video from three years prior in which Groves said “I can drive, n-.” The released video – initially private – had gone viral following its release by an offended Black classmate, and soon thousands of people were demanding that Groves acceptance to her dream school of the University of Tennessee be rescinded – demands that were ultimately successful.

For clarity, there is no evidence that Groves’ intentions were at all racist, outside her use of a racial epithet in a three-second video. Thus, people are screeching for her admission to her dream college to be rescinded – four years of work in high school down the drain – because of a single lapse in judgement of an ignorant, but very likely not malicious 15-year old. The justifications for these punishments are usually that we need to set a norm against engaging in racist action. But what kind of norm does asking the University of Tennessee to rescind her acceptance establish: to go back in time to prevent yourself from saying a word whose gravity you didn’t understand, because someone might maliciously leak it?

The episode-culminating in the national humiliation of a high school-aged girl is unfortunately revealing of a broader trend among the progressive left. There is a tendency among very young, very left-wing people to seek punishment and retribution for those who do and say things that they find offensive. It is no longer enough for people to apologize for their missteps and try to make amends-they must suffer consequences and ruthless “dragging” by internet mobsters.

The relentless attempts to deprive success of anyone who dares to even moderately disagree with progressive orthodoxy have been escalating in the past few years. Leftist Youtuber Natalie Wynn faced enormous blowback (profanity warning) for her expression of disapproval for constantly asking for people’s “pronouns” (it may be important to note that Wynn herself is a trans woman). Democratic strategist David Shor likely lost his job as a data analyst because people were upset with his sharing of research from a Black professor that was critical of riots. White voice actors have been cancelled for the cardinal sin of voicing nonwhite characters. The editor-in-chief of Variety was placed on leave for calling a person with whom she worked with “bitter” after that person shared skewering criticism of her.

Now, what do these stories have in common? They’re cancellations of people who tend to agree with the left’s political goals, and share many of the goals of trans and nonwhite progressive activists. However, the fact that they already agree with the left on many issues makes it that much easier for far-left activists to do significant damage to their careers, as it can be difficult to stand up to people on your own side telling you you’re a terrible human being.

Legendary writer Ta-Nehisi Coates has shrugged off the potential excesses of cancel culture. Coates argues that the process of cancelling people for unpopular opinions has always existed, but in the form of powerful people silencing the oppressed. However, social media has “democratized” that process, allowing members of marginalized groups to banish those who engage in harmful conduct. The problem with Coates’ argument lies in that the cancel culture happening isn’t “democratic” at all-in fact, leftwing woke activists are not at all representative of the views of the people they claim to represent. 75% of Black Americans have a negative view of “political correctness,” and this rate is even higher among nonwhites in other categories. On several key measures, White liberals are actually to the left of Black Americans. It’s hard to believe that most Black Americans – or most of any other group of Americans – support the banishment of every person who disagrees with progressive orthodoxy from power.

I’m Black and I think rescinding Groves’ acceptance is a horrible idea. Does the view of a “marginalized” person become less valuable when it breaks from woke orthodoxy? I have friends of all races that occasionally make objectionable jokes, though none as explicit as the one in the video. I don’t think they should be cancelled or humiliated in front of the nation. It’s odd that the only Black person in the story, other than the one reporting it, had forgiven Groves for her actions – almost as if cancelling people for comments they make isn’t as popular with minorities isn’t as common as “activists” may think.

This epidemic of cancelling is certainly not exclusive to the left. Historically, it’s generally been the right trying to “cancel” people and things with supposedly distasteful views. “Stop Anti-Semitism,” a seemingly nonpartisan organization aimed at combatting bigotry against Jews, has a habit of targeting progressive individuals for harassment for disagreeing with their politics. In fact, the group’s rabid harassment campaigns against people they disagree with is a nice mirror of left-wing wokesters. Mainstream conservatives have repeatedly engaged in boycotts and firings of people and things they disagree with – which tells us that the desire to silence those with differing viewpoints isn’t exclusive to either side.

Progressive activists seeking the destruction and humiliation of anyone and everyone who says or does anything they deem offensive is a dark road for the progressive movement to go down. There are a myriad of structural issues that marginalized and working class people have that need to be solved, and none of those issues are solved by ruining the lives of innocent people. If it gets you a bunch of retweets on Twitter for dunking on a teenage girl, however, then I guess have at it.