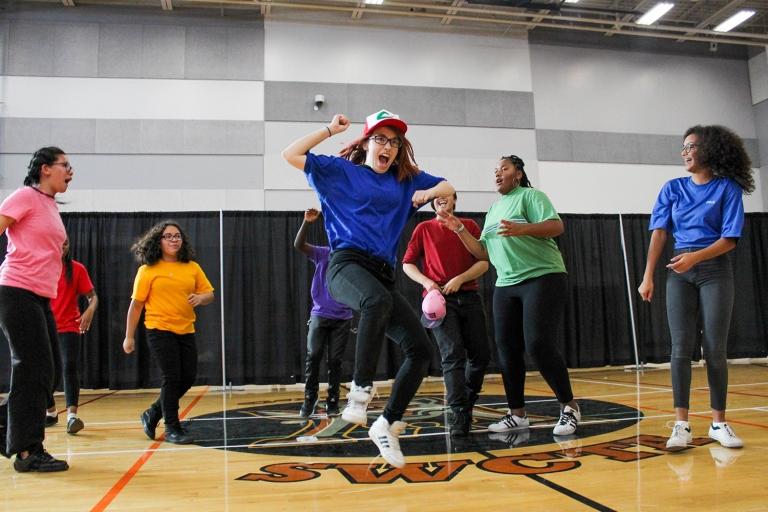 “I really liked Drama Club’s group performance because they [had a mashup of] throwback theme songs,” freshman Abby Bautista said. “It felt like looking back at my childhood, so I’m glad that they won.”

Each participating club organized a solo/duet performance as well as a group performance. Clubs were allowed to incorporate props like beach balls or teddy bears.

“I enjoyed Drama Club’s duet for ‘Love Is An Open Door’ because it was adorable,” freshman Anastasia Xayarath said. “It looked well put together, and it was super cute.”

“As a team, I think we did a pretty good job,” DECA senior Alexandra Sunga said. “We delivered what we could and made sure that our main focus was to have the best time possible. Although we didn’t place, I had the best time performing with my friends and learned so much about teamwork.“

General admission was $1, but performers attended the event for free. Voting was open after the performances and announced at the end of the event.

“One performance that I enjoyed was Journalism’s performance of ‘Greedy’ by Ariana Grande since it was clear that Nathan gave all his energy into it,” freshman Jazlyn Valdez said.