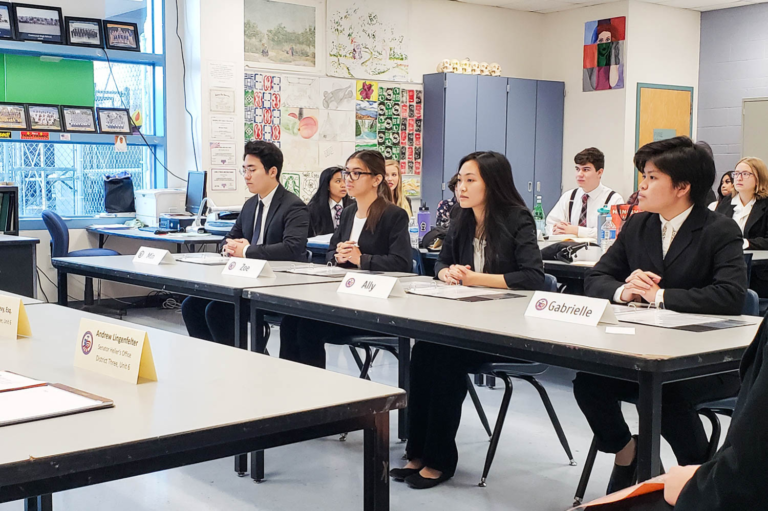 After the close competition between West Career and Technical Academy and Faith Lutheran, Southwest We The People members placed third in congressional district three and is now eligible for state competition for the fourth consecutive year.

“I felt confident going in to [the competition] because I knew the team had put in the effort to understand their topics,” US Government teacher Mr. Joseph Juliano said. “I was really impressed with how much the team stepped up in the moment and gave their best performance. It really came together and I am really happy we can continue this process because I think we can get really good.”

Teams from congressional districts one, three and four competed. Judges scored each team on their ability to demonstrate their understanding of the U.S. Constitution.

“At first I [wasn’t confident], but as I practiced and learned more, it got easier,” senior Ally Chan said. “Now I feel like a more knowledgeable citizen and I appreciate being a citizen more than before I enrolled in AP Government.”

12 teams will compete at state, which will take place at Southwest on Feb. 2. There, the top three teams from each congressional district will compete for a chance to go to the national competition in Washington, D.C. this spring.

“We The People is a great experience for anybody,” senior Gabrielle Desear said. “It’s definitely a lot of work, but you become an informed and engaged citizen as a result of it. I think that it’s important for everybody, especially young people, to be aware of the values that our country was founded upon and what rights we are entitled to.”