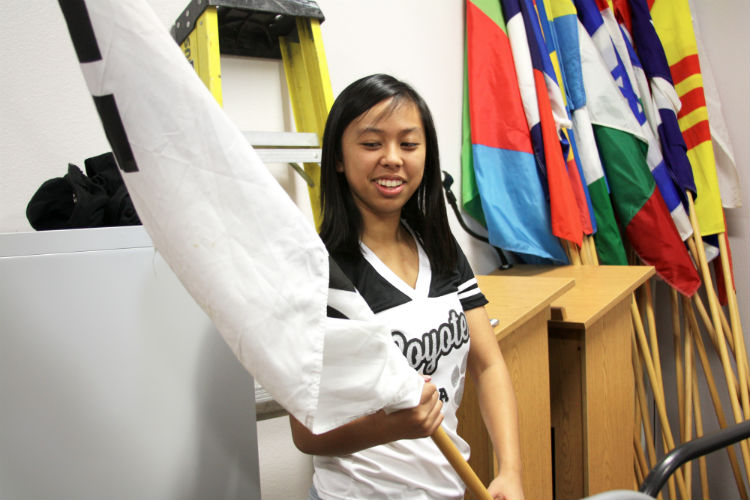 In place of the Battle of the Sexes, the first annual Coyote Olympics will be taking place on March 14-18, ending with an assembly.

“It is going to be really different and fun for everyone because we get to mix up the teams,” Class of 2016 President Aliyah Zollett said. “[The teams] can be boys and girls or different grade levels, instead of being strictly boys and girls like it was with Battle of the Sexes. I’m also really excited to see what kind of team spirit students have this year.”

The games will be taking place after school and will feature 24 teams with eight people per team. To participate in the event, each team must register their team on the sign up sheet located in room D104 or in the library. Each team must also pay a $10 entrance fee.

“Depending on what game we are playing, we could either be out on the field or in the gym,” Student Body Design Academy Vice President Samantha Cruzado said. “We will take those teams and start setting up the brackets of the competitors. We are going to have volleyball tournaments and also a field day-type game.”

There will also be a meeting to inform teams on rules, scoring and they will also be answering questions about how the event works.

“We are also aiming to have a dodgeball and kickball tournament, throwing it back to Sadie’s,” Cruzado said. “We did not want to get rid of them because they are fun games and they are games that people are familiar with, especially juniors and seniors.”

Winners will be announced on March 18 during the assembly. Teacher royalty will also be taking place as well as games for each of the teams to gain more points.

“We will be having a grand finale for the teams to participate in and we will have a walk with all the teams so that they are able to show off their team pride,” Cruzado said.

In addition, spirit days for the Coyote Olympics will be chosen at the next Coyote Congress.

“We’re bringing in new games that we never did for the Battle of the Sexes,” Student Body Treasurer Angelica Mayor said. “Our new Winter Semi-formal was a success and I’m hoping for this new event to be one as well.”