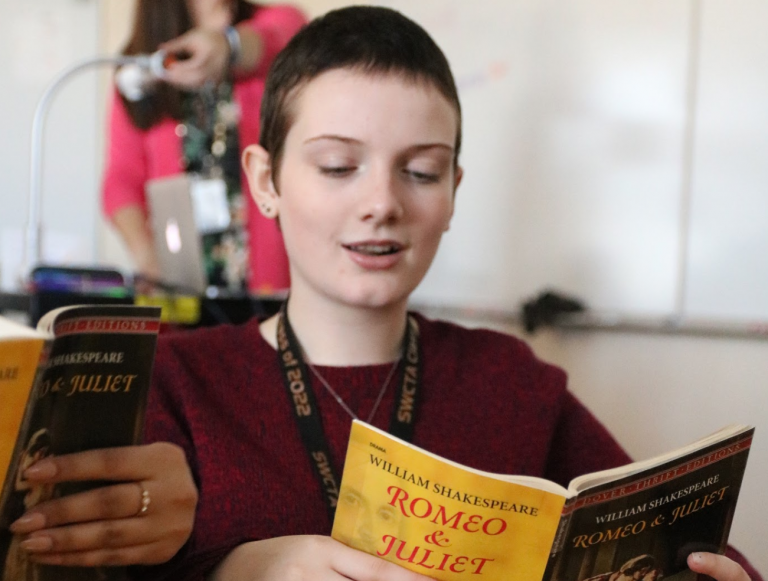 “This was a fairly exciting mini project to do,” sophomore Anthony Battaglia said. “It’s out of the norm for what you’d normally expect from an English class and overall, it was entertaining trying to act out the different roles.”

The discussions were videos recorded with students’ phones.very group member had to be in frame discussing their opinions in regards to various questions asked about events in the story of “Romeo and Juliet”.

“I chose to be the devil’s advocate in my group because I wanted a chance to argue with my friends,” sophomore Brayden Valles said. “As the video went on, I realized that some of the answers were really hard to disagree with and somewhat regretted my choice.”

Students must cover each of the 10 questions related to “Romeo and Juliet” within groups of five to six. Each person in a group had a different role in the conversation, such as ‘summarizer’ and the ‘yes-man.’

“I think it’s very beneficial to get some practice in for the real thing now,” Battaglia said. “It’s difficult to get these right on the first try and avoid burst out laughing, ruining both our video and others’.”

After the videos are recorded, students will finish reading Romeo and Juliet and participate in two debates regarding the play.

“By having students practice in a scenario that could be present in real life, the project gives valuable practice with real world skills,“ Lutz said. “Besides that, it’s also a fun way to get some interaction between students.”