Joe Biden could enact the largest reduction in child poverty in nearly a half-century Biden’s policies could lift millions of families in Nevada, country out of poverty 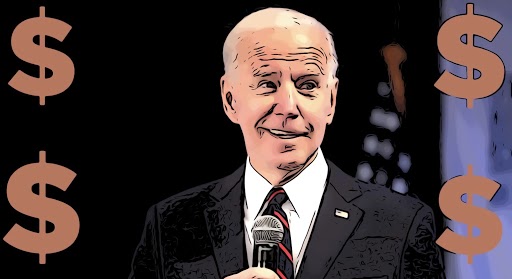 The 2020 election season, much like the nightmarish year it resides in, has been utterly chaotic and erratic. With a seemingly endless list of new stories breaking out every day, it can get easy to forget that campaigns in their struggle to get a winning majority of the electorate will provide policy plans on how to deal with the issues facing the nation. And sometimes, campaigns hit it out of the park with their policy proposals.

For instance, three of Democratic nominee Joe Biden’s policy proposals would, according to the latest research by the Center on Poverty and Social Policy at Columbia University, sharply reduce poverty in the United States, especially among children.

For one, Vice President Biden would classify the Section 8 Housing program as an “entitlement.” The program, developed in 1974 to help low-income would-be tenants, suffers from long waitlists due to improper funding, so much so that the vast majority of eligible applicants don’t receive a voucher for housing. By classifying the program as an entitlement, all eligible applicants would receive vouchers for housing.

The other two policies are linked: the LIFT Act, the bill by Biden’s running-mate Senator Kamala Harris, and the American Family Act, a bill sponsored by congressional democrats. To put the bills’ simply, the LIFT act would increase the Earned Income Tax Credit, such that the government would essentially be handing checks to low-income workers, and the AFA would make the Child Tax Credit fully refundable, which is a fancy way of saying that the bill would give money to non-rich families with children.

The Columbia analysis finds that, altogether, these three policy proposals would reduce overall poverty in the United States by 50%, and reduce child poverty by-wait for it-75%. You read that correctly. Three simple policies that have received virtually no media attention would get three-fourths of the way to eliminating child poverty in the United States. The US would go from one of the worst developed nations on the issue of child poverty to better than most of our allies, with a reduction in child poverty that is, by some estimates, literally without precedent.

The Columbia analysis also notes a sharp decrease in the racial disparity of poverty. The disparity in poverty between Black and white people would go down by over 67%, and the gap between Hispanic and white people nearly 90%. There’s a lot of talk about the need to remedy racial inequities, oftentimes linked with race-conscious policies like reparations or racial training exercises. What much of these initiatives fail to understand is that wealth and income disparities are so enormous in the US that virtually any race-neutral policy to reduce poverty would help minorities the most.

Infographic: Five Facts About National Alzheimer’s Disease Awareness Month In November, citizens in the US are educated about Alzheimer's Disease

The common saying, “We can’t solve our country’s problems by throwing money at them” has become a conservative talking point in response to government programs to help the poor. The problem is that it’s largely nonsense-virtually every government program aimed at reducing child poverty does so, and there are a whole host of benefits in doing so, including decreased crime and increased education. One study by Harvard economist Raj Chetty actually finds that government welfare programs aimed at poor children actually increase the amount of money going to the government in the long-run. In other words, these programs are literally less than free. Talk about a deal!

Obviously you can’t expect an elected official to abide by all, or even most of their campaign promises. Presidents especially have to make deals and concessions to their opponents if they want a chance at being effective. However, if these proposals are a sign of what a Biden presidency is going to look like, then it is going to be a very, very good four years for poor children.