PRO/CON: Giving teenagers the right to vote Our voices matter too 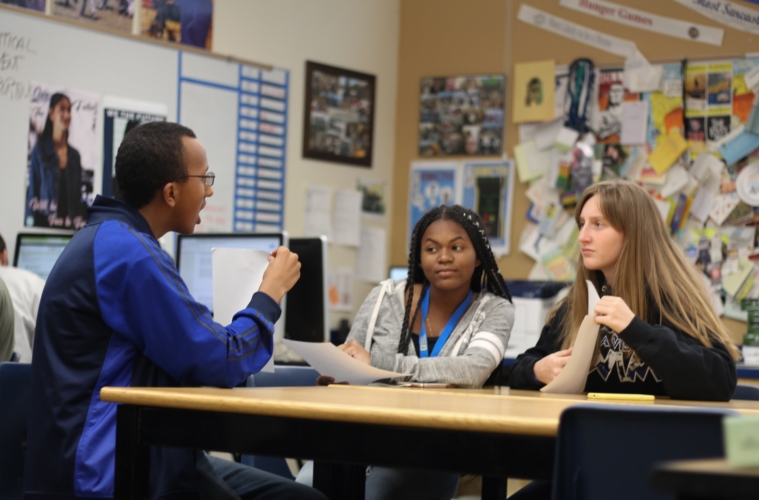 The voice of teenagers in the modern political age has been grown ever and ever louder. As teenagers continue to inspire activism and engage themselves in meaningful debates, the question of whether the voting age should be lowered to 16 has been rocking the nation.

This story was written by Journalism I student Ahmed Ahmed.

From racial desegregation to the opposition of the Vietnam war, teenagers have repeatedly been on the frontlines of political activism in the United States. As older politicians were busy twiddling their thumbs on issues of national priority, teenagers took to the streets to express their frustrations with a government that simply wasn’t listening to them.

In fact, the important voice that teenage activists had in shaping the resistance to the war in Vietnam in the 1970’s played a crucial role in convincing politicians to lower the voting age from 21 to 18. Politicians acknowledged that the opinions of the youth activists were invaluable to the country as a whole.

As teenagers continue to lead important social movements today, including combating gun violence and preventing the catastrophic impacts of climate change, the question of whether the voting age should be lowered once again has gripped the national conversation. Most notably, Speaker of the House Nancy Pelosi has endorsed the idea of lowering the voting age in the United States to 16.

To start, governments should be responsive to the wants of their people. This includes high schoolers whose important voices on critical issue has resulted in extremely important legislation being passed. For example, after the pro gun control demonstrations that happened as a result of the Parkland shootings, state legislatures passed 69 gun control measures, 3 times the amount that was passed the year before.

Furthermore, there’s also evidence that lowering the voting age increases civic engagement among youths. Allowing 16 and 17 year olds to vote allows them to become more engaged in the democratic process. This is because granting people the power to determine who will be in their government will inevitably result in them paying more attention to what their government is doing.

There’s also the simple fact that voting is a fundamental right that must be protected at all costs. America has, to put it bluntly, an ugly history of restricting the right to vote, particularly for minorities and women. We should turn away from the dark history of limiting access to the ballot for broad groups of people, and instead move towards a society in which as many people can have a say in government as possible.

Now, there are people like David Davenport of Forbes, who have argued that teenagers lack the cognitive ability to make decisions like voting.

[perfectpullquote align=”right” bordertop=”false” cite=”” link=”” color=”” class=”” size=””]The person who ultimately gets to decide what your country does is you, and you have as much power as anyone else in advancing legislative change.[/perfectpullquote]

What people like Davenport don’t seem to understand, however, is that voting isn’t supposed to be a privilege exclusive to those that pass some arbitrary ‘test’ of intelligence. If it were, then it wouldn’t be the case that over half of American adults can’t name a single U.S. Supreme Court Justice. No one is saying that their stupidity should bar them from participating in democracy, but many seem to think that that logic should apply to teenagers seeking the right to vote.

The right to have a government that represents your interests is perhaps more important than any other right. It means that the person who ultimately gets to decide what your country does is you, and you have as much power as anyone else in advancing legislative change. The college students in the 1970’s who passionately and eloquently argued in favor of the United States leaving the war in Vietnam earned their right to vote because the nation recognized that the barriers preventing them from doing so were immoral, unnecessary, and ultimately harmful to the idea that government should reflect the interests of their people.

In that same spirit, today we should offer the right to vote to 16 and 17 year olds. It’s as simple as this: if you’re old enough to advocate for change in a manner that’s inspiring and persuasive, then you’re likely old enough to have a say in the formation of the government that will be involved in making those changes.