PRO/CON: Restrictions on constitutional rights The startling trend of gun-control bills across the country impedes on the rights of United States citizens 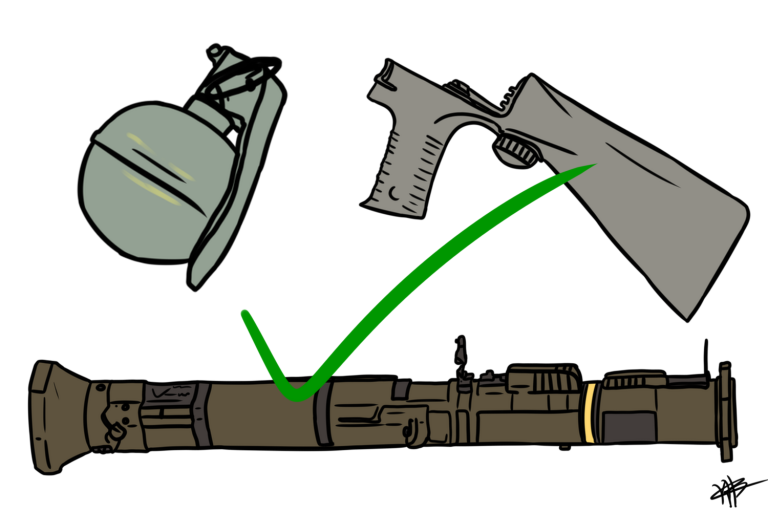 The restrictions on firearms in the US are going too far. Art Credit: Kamiran Hinton

On March 23, a shooting took place in Boulder, Colorado, leaving 10 people dead. The shooter was arrested and was found to have illegally obtained his firearms, subverting the state’s background checks to acquire his weapons. This is despite Colorado’s strict gun laws and another example of the failure in the restriction of firearms.

For many, things like restricting full automatic weapons or the scary-looking “military weapons” may seem reasonable. To briefly touch on those points, those same guns are often the target of many restrictions and locked behind mountains of paperwork in order to obtain. They are not, and never have been the primary firearms used to commit crimes, not even close.

For instance, in at least 64% of gun-related homicides the weapon used was in fact a handgun; this doesn’t even include the fact that in 24% of these crimes, the firearm was not reported to any local police agency, meaning the percentage could be almost as high as 82%.

This statistic is particularly interesting when considering states like California banning the most ridiculous minute parts of guns, such as certain grips, stocks, or requiring ridiculous grip covers. Even if somebody is in support of minor gun-control laws, it’s pretty easy to see the current methods are ineffective and are more political showmanship than long-term solutions to gun violence in America.


Granted, more guns lead to more gun deaths. This is an unavoidable fact, whether it be from homicide, suicides, or gun accidents. This is why the U.S. leads in gun-related deaths among developed nations. However, this is not a strong argument when legislating firearms, as a lot of it comes down to the individuals within a system.

Following this logic, the vast majority of people would not limit the use of speech because people use it for harmful purposes? While restricting guns may reduce the overall number of gun deaths, it would not stop people with the intention of committing that crime in the first place. This ranges from going out and getting a gun or employing an alternative method, such as using a vehicle or explosives. And in the case of gun-related suicides, if a gun is not available, regardless, an alternative method may be found anyway.

These measures would only serve to punish the law-abiding citizens, being those who seek a method of self-defense, or the person going out on the weekends to the range, shooting targets abides by the laws. And citizens do use guns for self-defense, constantly, in fact, upwards of 100,000 to 3,000,000 incidents of firearms being used for self-defense annually.

It’s a matter of personal responsibility, the same when it comes to cigarettes, alcohol, and other recreational indulgences. The right to bear arms is guaranteed by the Constitution, and any infringement of that, small or large, is potentially taking firearms from law-abiding citizens. It is my belief and many others, that those restrictions shouldn’t have, or ever should have been placed on citizens of the United States.