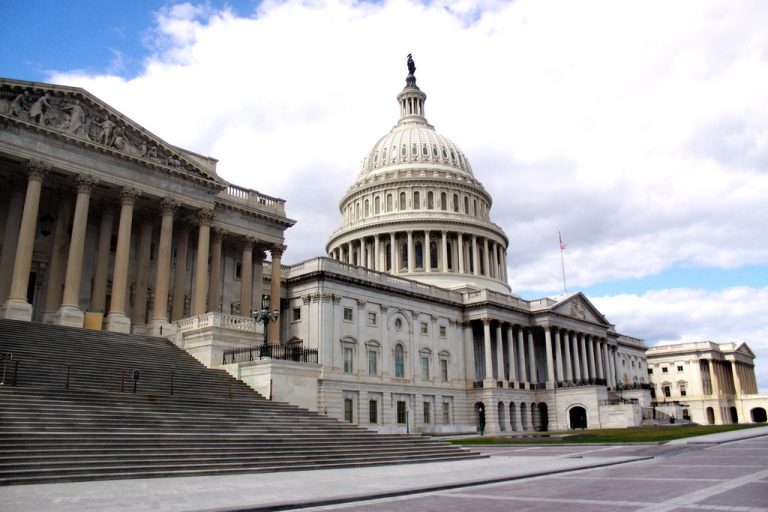 After several attempts by incumbent President Donald Trump to overturn election results, he rallied supporters into interrupting the election confirmation hearing. However, the protest turned into a riot as protestors broke into and vandalized the building. (Photo Credit: Gage Skidmore)

America’s stability might never be as broken as it is right now. If you turn on the news, you might expect the headline to say something about inauguration or the Senate. Maybe something about BLM protests, voter fraud, security, or Mitch McConnell. But, to find hundreds of people sitting in Pelosi’s office and climbing walls in the Senate chamber may be intimidating to many around the world. So the question stands: what caused all of this?

The answer is clear: faulty government. The U.S. government affects all of us in different ways – whether it relates to the economy, housing, etc. One of my main beliefs as a conservative is that the government should never have this much power or influence in people’s daily lives as it does today. Yet, Donald Trump, a leader in government, has such an enormous influence that thousands of his supporters stormed the U.S. Capitol under his command, an appalling attempt to block the certification of the 2020 Presidential Election.

Although some find this riot to be ineffective towards their political support, this event strikes a chord with me. I find myself completely at odds with my opinion. One half of me justifies it, pledging my allegiance to Trump’s actions. The other half finds his incitement of insurrection to be morally disturbing, so much so that I couldn’t even dare to speak about the riot in a discussion I had with my class due to my complete lack of gathered thoughts. So, when I heard that Congress had officially impeached Trump due to his role in the raid, I was troubled. Was this really necessary? Was it really his fault? And what will happen now?

I eventually realized that Trump’s incitement to insurrection was a lot more serious. To raid the U.S. Capitol, the heart of American government, in order to halt a certification of a Presidential election was an attempt to destroy America’s freedom of choice. Trump’s actions that day could have pushed our nation towards a desperate dictatorship led by a sore and explicit loser. That day would have been the beginning of a fatal collapse.

The red and the blue would be fighting each other, people would be lying dead in the streets, rioters would set fires to our streets and gunshots would be ringing through our homes. The sad thing is that the consequences are already in effect – five people already died because of the Capitol riot. And so, the answer came to me: this impeachment needed to happen. With impeachment, we could finally silence the abuser, the perpetrator. The president. Not to mention, a second conviction would eliminate any chance for Trump to run for office again.

He was aware of the impact and implication his words had at the time. Thus. he should be held by law and justice, an essential basis on what this country was built on and one of the main principles a REAL Republican stands firm on. Our stability has not been this low as it is today since the 2008 depression, and a President who says words like “we fight like hell” in a speech directed to thousands of supporters is NOT helping.

But now, our future remains undetermined. Questions still remain whether Joe Biden will heal America’s wounds or make them worse. How will conservatives hold up to this? Will they be the hypocrites in a game of politics? Moments like these compel people to reflect on their future and how the government will affect them. I still stand true and firm to my belief that the government, and especially the president, should never have this type of influence over us free Americans. Nevertheless, it’s too late to reverse that – the damage has already been done. So as you watch President-elect Biden’s inauguration, I urge you to think about the shrouded darkness about tomorrow, and how we can reverse the polarization tearing apart our nation – or if we can at all.