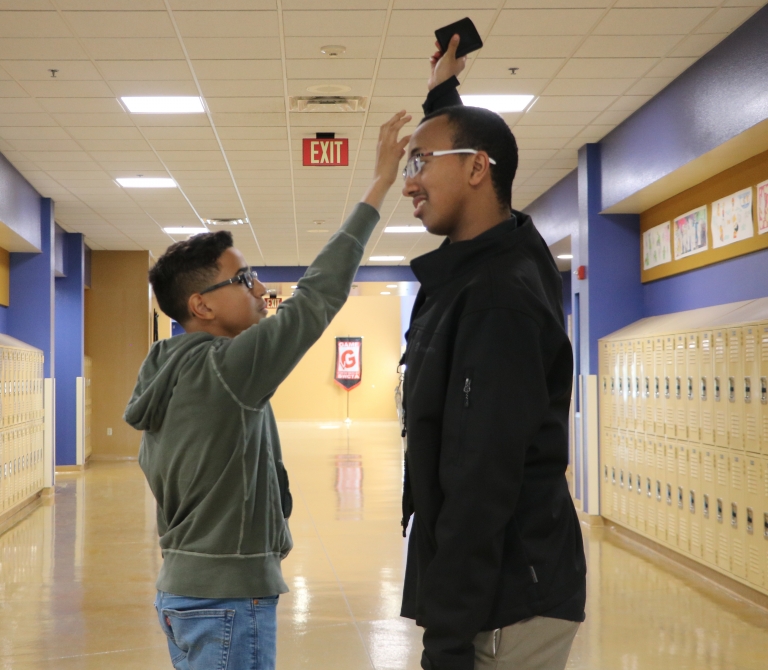 Like a mugger stealing a wallet, congress has robbed future generations of the money they need to be successful in the future in favor of showering their wealthy friends with cash. Photo Credit: Alyx Beeten

With the federal deficit exceeding one trillion dollars this year, the 2017 Trump Administration tax cuts seem the most to blame for the colossal loss of money the government is taking in. While proponents of the bill, like Treasury Secretary Steve Mnuchin, vowed that the bill wouldn’t reduce the amount of money the government receives, the reality is that the federal government has lost hundreds of billions of dollars due to the cuts.

This all happened during a time in which programs that can help young people adjust to the economy are being underfunded. Congress’ willingness to toss cash at America’s wealthiest has left the country’s future generations in the dust, specifically in regards to preparing us for the future – education funding.

We believe that the Trump Administration’s 2017 tax cuts wasted money that could have been crucial for investment in future generations.

While Congress was more than willing to shower cash on the country’s most well-off, financial support for young people entering the labor force is crucially needed. Many high school graduates are incapable of going to college as a result of the skyrocketing tuition, and community college often isn’t a viable option for many people. And as employers start to demand more high-skilled, college educated workers, millions of young individuals are going to be hopelessly unemployed unless action is taken.

For example, Pell Grants awarded to recent high school graduates improve the performance and earnings of the students who receive them. At a time in which a high school education is simply insufficient for a quality job, technical schools and vocational training are important for thousands of students. In addition to helping young people, they ensure that businesses have a well-educated and well-trained workforce, which benefits the business owners, employees and consumers.

On that matter, the New York Times details the experience of Matthew Kelly, a North Carolina resident who can personally vouch to the success of technical schools. Kelly thrived in classes specializing in mechanics and electronics after his guidance counselor recommended that he go to a vocational school. His story is just one of many people who are thankful for technical schools specializing courses and alternative teaching styles from traditional schools, such as the Advanced Training Institute, a technical school here in Las Vegas.

All in all, politicians will continue to bankrupt our country for their wealthy friends unless voters force them to realize whom they’re supposed to be representing. Voting out members of Congress willing to sell our country’s future for the rich is urgently important for the future of the country. Those that are too young to vote can still volunteer for political candidates advocating helpful policies on this issue, or influence their parents to vote for candidates with their interest in mind.

We need to keep in mind that one in three young people are graduating without a college education, and history indicates that they’re headed down a road to where members of Congress seem more interested in passing massive tax cuts for America’s wealthiest. We need to not squander money on tax cuts, and instead spend it on educating and training our youth. Electing politicians that would rather invest money in America’s future than ensure that millionaires can buy an additional few mansions is critical for this. Young people have the power to shape the future of the country for their interests. They should use it.