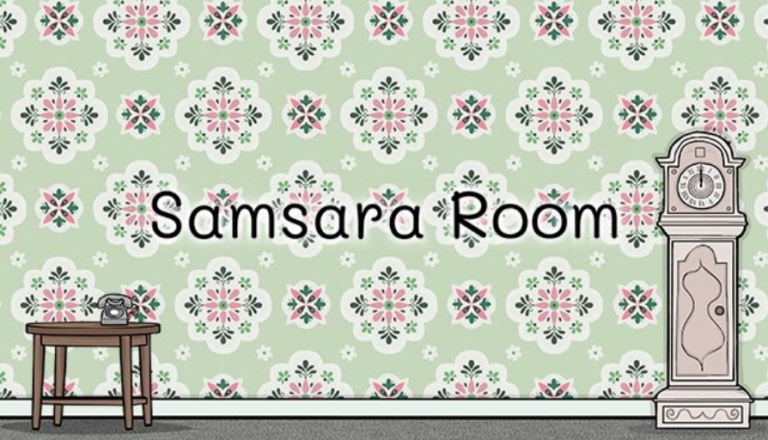 Solve the mystery of Samsara Room by collecting items and clues in this fascinating game.
Rating: A Photo Credit: Rusty Lake

Most escape-room games are relatively similar to each other, with the concept revolving around escaping. However, Samsara Room is completely different. The concept is more whimsical and less intense and the beautiful graphics and immersive soundtrack create a creepy yet intriguing aesthetic.

The gameplay follows most escape room genres, as players move around collecting clues and objects in order to escape. But after the first level, I realized Samsara Room is different from any other game I have played. The game did not have any directions – the player is just thrown in and expected to understand what to do. Even without directions, the gameplay was easy to follow. Users use the items, such as candles, a fish and marbles they collect to travel to different realms to gather even more clues. The objects seem random at first but the more users find, the more the puzzle will piece together. The different dimensions are also a truly distinctive aspect for players.

After the first room, it became harder to find the clues and it was also frustrating to know what to do next. However, the app does offer hints if players choose to watch an advertisement, but that process can get annoying over time.

The game includes five different rooms/realms to discover, and with all the rooms looking similar, it was hard to differentiate between them all. All of the realms are slightly different, but look as if they are the same room. For example, the first room is completely normal, but in the second room the phone and dresser are floating. In each room there is a mirror and the player’s reflection changes each time. The names of the rooms refer to the player’s reflection in the mirror. For instance, in the Bird Room, the reflection has wings and a beak. The Lizard Room was the hardest, because I could not find all of the clues that were needed to advance. But once the level was solved, I began to recognize where to look for clues and understood the game better.

Like most escape room games, once all the levels are completed, one cannot really play it again. Although, the developer has created other games that have had a lot of positive feedback. In fact, Samsara Room is actually a sequel to Rusty Lake: Roots, but users do not need to play them in chronological order.

The in-depth detail of this game is remarkable and the puzzles, as well as rooms, were not overly challenging like other escape room type-games. If they added more levels, I would definitely download it again.