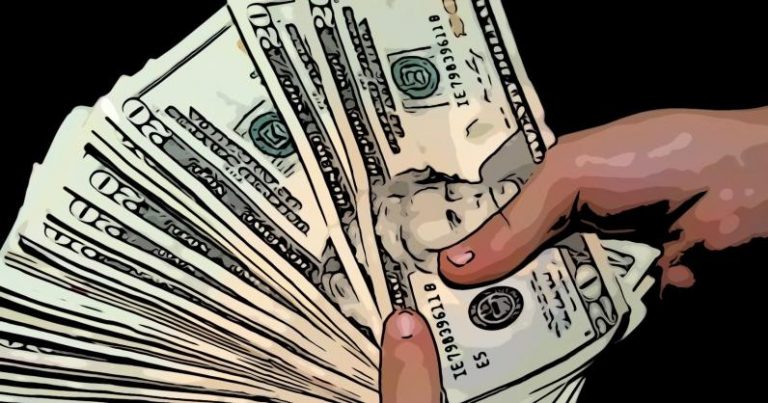 The United States has been in a pandemic-induced recession for around half a year now, and the human cost has been enormous—parents unable to put food on their kids’ table, families being evicted and entire sectors being destroyed. With Senate Republicans blocking additional aid as benefits for small businesses and the unemployed dry up, there may not be a more opportune time for swift, decisive action. With all that being said, the federal government should send every American adult a check for $5,000.

Much of the aid that the federal government provided to people—largely in the form of the CARES Act—was undermined by complex rules and confusing technicalities. While the $600 a week unemployment bonus was a massive benefit to my family and me, the hoops we had to go through to claim our benefits were nightmarish. Emails, phone calls and trips to the bank made the process of getting help far more frustrating than it should have been.

The economic case for this is strong—without delving too deeply into complex formulas, basic economics tells us that when people are spending a lot less, (because of, say, a pandemic)  businesses have to cut jobs because of reduced profits. People losing their jobs and sources of income means that they will spend significantly less, which in turn, means more businesses will lay off workers (legendary economist John Maynard Keynes referred to this cycle as “The paradox of thrift.”)

For example, lower disposable income means that there are fewer people going to the buffet and casino at which my mom works—this means fewer jobs. A stimulus of $5,000 would necessarily spur job creation—which is good for businesses who’ve closed down because of economic hardship, and workers desperate for a job.

$5,000 stimulus checks are not just good policy, it’s good politics. Data For Progress, a left-leaning and well-respected polling outlet, found that nearly 60% of Americans supported $1,000 monthly checks in March, and that proposal was in fact more sweeping than this one. Being the congresswoman or man that voted to give people $5,000 isn’t really the kind of thing that makes you unpopular.

Resistance from conservative politicians makes any plan like this unlikely. Senate Majority Leader McConnell slammed the HEROES Act, the bill he’s blocked from getting a vote on the senate floor, as a “wishlist,” though its passage would likely be a massive boost to American families. Something far more ambitious is less likely to be passed.

But that certainly doesn’t make it any less worthwhile. And so, while the country’s poverty and eviction crisis worsens, here’s hoping that congress finds a way to get more cash into people’s bills.