PRO/CON: Are Spring Sports Really Worth It? Returning to the field at the cost of risking lives 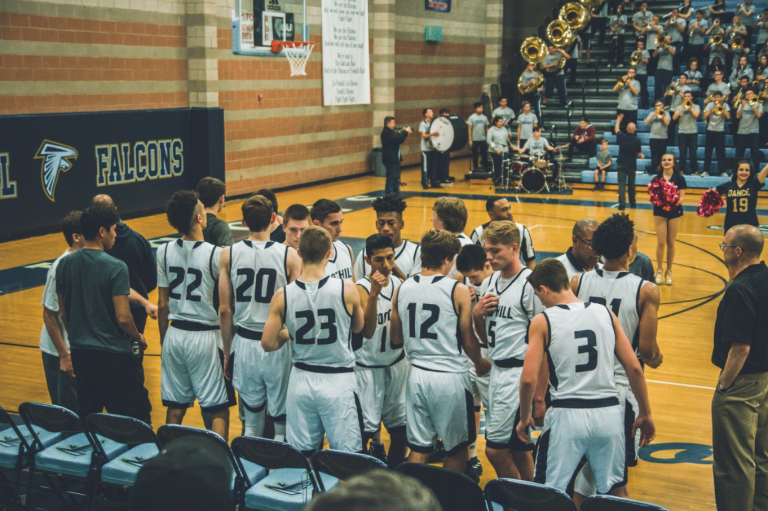 After being out of sports for several long months, Superintendent Jesus Jara has allowed athletes to start training again as of April 5, 2021. Photo Credit: neonbrand

After a year of waiting to find out the fate of their lost seasons, on February 24, student athletes were promised a return to their sports. With the fear of losing another season in the back of their minds, these athletes are going to be able to show what they are capable of, but possibly at the expense of others.

Most spring athletes are overwhelmed with joy because of their return; however, this is causing a problem for those who were scheduled to play in the fall of 2020 as the rescheduling of their regulatory seasons has not occurred and they see it as unfair. Instead, a fall intramural sports abbreviated season will take place in April, while winter sports will have their normal intramural season at the beginning of the next school year.

While restarting sports may be new for CCSD, club and private school teams have been practicing for the last few months. These teams have gone through the initial trial and error process that public schools cannot afford. As soon as an outbreak occurs on a club or private team, everyone must quarantine for two weeks, keeping them from living a somewhat normal life. These COVID encounters could’ve easily been avoided if sports weren’t leading to contamination and if these teams have had issues, then it is not worth it for CCSD to take the risk.

Playing sports in college is a dream for many athletes, but the fear of losing recruitment opportunities should not lead the school district to make rash decisions. The NCAA has taken into consideration the different abilities and training procedures of each state by extending the “dead” recruitment period for all Division I sports. Colleges understand what athletes have been going through and it won’t impact the recruits when it comes time to apply. Even though the school district is trying its best to please everybody, the issue with fall sports has caused a debate in the community. Seniors that usually play sports, like football, may be able to join intramural teams, but that doesn’t help their athletic resume since there are no real games.

As students slowly return to a physical learning environment, it will be almost impossible to trace who they have been in contact with. The guidelines that are put in place for the hybrid school day vastly differ from when athletes are on the field and training. An article released by the CDC states, “Minimize equipment sharing, and clean and disinfect shared equipment between use by different people to reduce the risk of COVID-19 spread.” Students are in close cornered locker rooms and commonly share their unsanitized equipment. Club teams around the country have also had problems when it comes to the athletes actually wearing the masks. Kids who play sports will eventually end up in the classroom and have to interact with the general public, and those people should not have to be affected by the carelessness of athletes around them.

There may be regulations to keep athletes healthy, but the rules aren’t the same all around. Why should the rules be different for each sport and why should some of these rules possibly result in another outbreak of COVID-19? As soon as someone on the team tests positive, all athletes are sent out of training and school for 14 days. Who’s to say this won’t happen every time they try to go back? We have had to trust the community to wear masks for the past year and that hasn’t worked for us previously. Now, we have to trust teenagers to wear their mask, and if we learned anything from the past, it will not end well.

One of the main benefits argued by those advocating for sports to return is helping an athletes’ physical health. However, they are still able to work out and exercise from home, all the while not putting others’ lives at risk. They don’t need to be in a large group of other students to continue training. Last March when everything was initially closed, those committed athletes found a safe way to continue training individually.

Another positive of students going back being argued is the in-person group practices will benefit their emotional and social health. But all of their friends and teammates will still be there after the pandemic. There is no need to risk it, especially since we have been doing this since last March and things are slowly starting to go back to normal. There are plenty of other ways athletes can socialize, just like the rest of the students who haven’t been playing sports.

Athletes may be excited to return to their field, but will the excitement be enough to protect the community? Even though no plans will change, athletes need to consider others before completely returning.