Navigate your way through the empty void of loneliness with ‘For Healing’ Kaash Paige’s new EP enters a teenager’s mind, depicting the many emotions that come with life 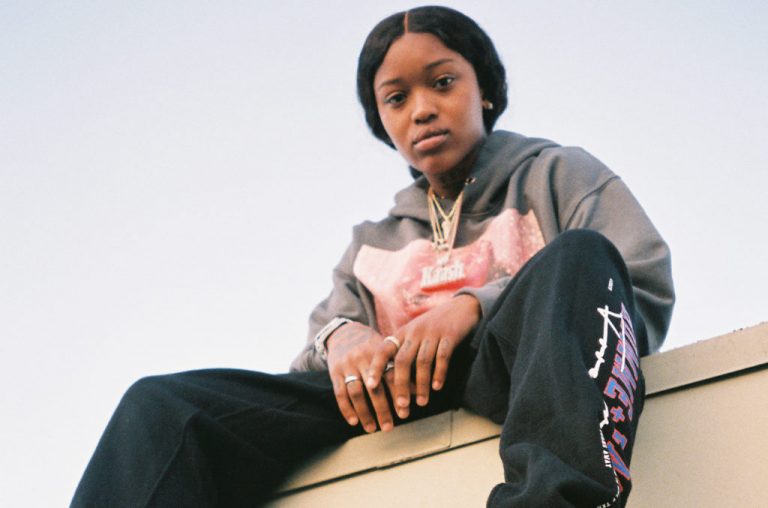 Narrating her experience with loneliness, Kaash Paige is making her way up the industry with her new EP, “For Healing,” illustrating adolescent innocence with emotions.
Rating: B- Photo Courtesy: Carl Lamarre

“I miss my cocoa butter kisses / Hope you smile when you miss me,” – this was Kaash Paige’s first introduction to the world of R&B. In just a matter of days, teenagers began dancing along to her songs from her debut album, “Parked Car Convos” on TikTok. Now on her new EP, “For Healing,” Paige drops four tracks as a therapeutic remedy for healing from the emotional pain of the listener’s adolescent years.

Originally a Soundcloud artist from Grand Prairie, D’Kayla Paige Wollen is best known for engaging her listeners with songs visualizing the perfect teenage romance/ heartbreak vibes. Initially, Paige gained the public’s attention with the 2018 hit, “Love Songs,” and was signed to Def Jam Productions, and has since collaborated with popular artists, like Don Toliver. With over 17 million streams and more between SoundCloud and Spotify, Paige has been able to build a dedicated audience.

Starting the EP off, Paige sings, “Leaching off my energy / We was friends but now we’re enemies / Now we’re coming to an end of negativity / And let’s not pretend you kept it real with me.” The song “Fake Love” is the raw feeling of being in a black void and having no idea how or why a person hits rock bottom. With today’s generation having a persistent desire to be wanted and understood by anyone who will listen, this track ties in the common issue of family and friends not knowing why some feel locked away from the rest of the world and put up a facade of “fake happiness.” Compared to her other songs, this track has a captivating hip-hop influenced beat, making it more enticing than the rest of the tracks.

Trying to connect with her audience in “Mrs. Lonely,” Paige conducts a therapy session for her listeners. “Mrs. Lonely,” is an obvious depiction of loneliness, but more so described with simple lyrics and mellow, yet repetitive, piano tones. Paige sings, “If I, if I had, friends / How come the last word ends with the word ‘End’?” Although the lyrics narrate a look into her mind, her vocals are somewhat monotone. This track has potential and could’ve gone from generic to enthralling, but the vocals are rushed and the background beat makes this song a pass.

Moving on to her third track, “Karma,” Paige begins this song off with a cinematic intro saying, “You are now entering to Teenage Fever / Which is where all the teenagers go through a stage of life / Bein’ unnatural and not knowin’ what’s really goin’ on / That means depression / Relationships, love, hate, drugs / And everything // Can you feel it?” As an ideation of the delirious thoughts teenagers go through due to their karma from past or present mistakes, it’s a unique and haunting arrhythmic listen, enticing the listener and putting them in a tornado of regrets through the lyrics.

The last song of the EP, “SOS,” is essentially a call for help and shows the need for positivity, with Paige singing, “Been looking for closure, every night, all day / Feel I had no faith.” Everyone has gone through a phase where it seems as though no one knows the real “you,” and especially during COVID-19, feeling trapped inside your brain. Paige sings, “Been on the quarantine and chill / Tryna figure out life, been tryna figure out what’s real / And why the people, they never do us right / They never give us time to heal,” subjugating the general feeling of being scared and confined to a guise of friends who only have salt for your wounds.

Overall, “For Healing,” is the older sibling of Paige’s “Teenage Fever” album and is meant as a guide for the listener through the emptiness to a world of positivity. Although this EP is meant to dig deep into the listener’s soul and connect with the pain, Paige’s lyricism and vocals are basic and generic and don’t give the same psychotropic R&B vibe she gave off with “Love Songs” or her initial debut album, “Parked Car Convos.”