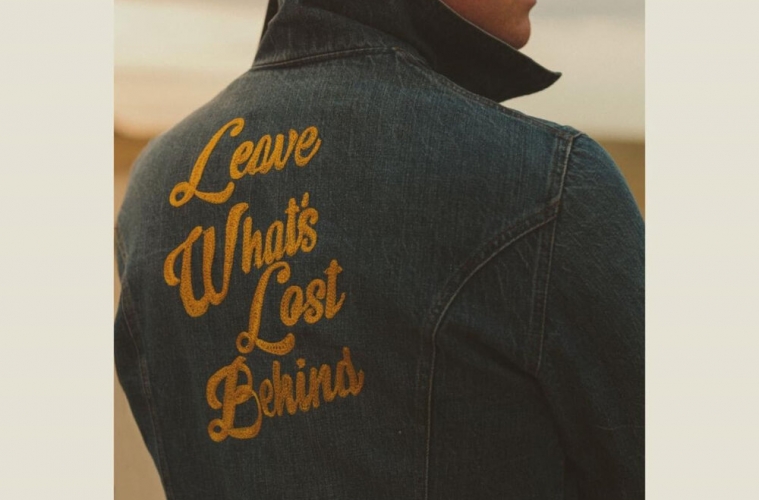 Colony House’s latest album is a fantastic demonstration of what mastery of instrumentals looks like, but falls flat in aspects such as lyrics and vocal quality.
Rating: B- Photo Courtesy of Colony House

“When the sorrow’s heavy on your soul / Carry on and sing it like a soldier” sings Caleb Chapman on the first track of rock band Colony House’s latest album ‘Leave What’s Lost Behind,’ setting the depressing tone of this rock album.

Brothers Caleb (vocals) and Will Chapman (drums) started a small band with Scott Mills (guitarist) and Parke Cottrell (bassist) in 2009. The group is native to Tennessee where they spent the early years of their career playing small shows together and gaining local fame. A few years later in 2014, they recorded their first album ‘When I Was Younger.’ The release ended up being their first major success with the album reaching #154 on the Billboard charts.

For their third effort, there wasn’t much that Colony House needed to do for this album. Their previous three albums have set them up as a “sadcore” band inspired by instrumentals found in other artists’ music like Aerosmith. Usually focusing on topics of humility, depression, and reflection, this album doesn’t stray from these themes.

Throughout the course of the album, there is a focus on the concept of the dark side of the human spirit. In a somewhat depressing tone, like in the track ‘Looking For Some Light’ the line “I look around a room that’s filled with faces / Every tear a window to the soul / Like silent unsung symphonies.” This line, in particular, is a good example of the consistency in theme present throughout their lyrics, which helps to make the messages more impactful.

Throughout the music, the vocals are drowned out by the tracks’ instrumentals. In some sections of the music, the vocals are clearer and can be understood, but throughout a good majority of the album, it’s almost impossible to understand the lyrics, which hinders the impact they may have had emotionally. For example in the song ‘Looking for Some Light’ the line “That love alone / is able / to divide” is placed in between two other lyrics and ends up getting stifled and sounds more like a muffled whimper.

Something else that seems to plague the music of Colony House would have to be the overly-angsty cliché lines and lyrics present throughout their tracks, which ultimately are generalizations and have very little meaning. For example, in the song ‘Leave What’s Lost Behind’ “The coal is burning hot / And the wheels spin like the thoughts,” This line, in particular, uses the saying “The coal is burning hot” which is a cliché phrase. On its own, it wouldn’t be problematic, but lines similar to this are used frequently. Ultimately, these lack any real meaning or impact because of how poorly they are applied throughout the tracks.

However, this album has its redeeming qualities. The instrumentals are fantastic, akin to that of mainstream music. In particular, the songs reminded me of classic rock artists like Aerosmith or AC/DC, with a masterful implementation of guitars and drums. Unfortunately, these skillful implementations of instrumentals indirectly contribute to pulling focus away from the lyrical content.

Overall, the entire album does a poor job of applying the depressing theme in any meaningful or impactful way, but, the unique sound shows off the band’s skill with their instruments and skillfully applied rhythms.