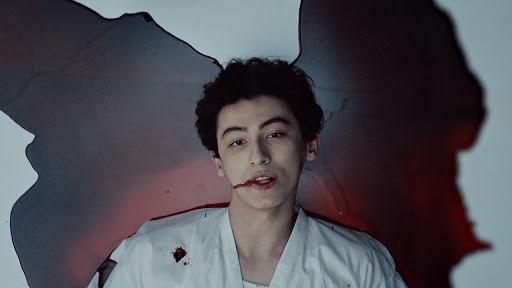 Sub Urban releases his first EP ‘Thrill Seeker’ with seven tracks telling the stories of his teenage years. He has created a following for himself with his Tik Tok hit “Cradles.”
Rating: A Photo Courtesy of Clipped.TV

‘Welcome to our freak show,’ American singer Sub Urban starts off on the first track of his EP “Thrill Seeker.” From his first hit “Cradles”, to his current one “Freak,” Sub Urban has shown his growth from singing in his living room to a self-produced artist.

Producing his own music, he gives his fans an inside look into his teenage mind with this EP. Sub Urban became famous after his song “Cradles” gained popularity on most social media platforms, such as Tik Tok or Instagram.

The vibe is set from the first track, “Freak,” opens up the album. It starts off with a slow beat and begins to gradually build up into a heavy chorus as it continues. The second and third track “Cliche” and “KMS” express the artist’s feelings about perfection and striving to be just another person in society.

Some tracks put a damper on the mood as the beat goes from uplifting as he sings “We can fall in love or we can go insane,” in “Cirque” to slightly depressing as the lyrics in,“Isolate,” say “I live such a lonely life.”

IN MY EYES: Xavier Guzman

The album ends with a sad goodbye in “when the flies fell” as Sub Urban takes his fans through someone’s thoughts of their friend saying goodbye forever. The song starts off  reminiscing about times spent with a close friend, giving an insight to Sub Urban’s feelings of loss.

Overall, the album doesn’t showcase the talent Sub Urban has as much as his earlier singles, but it does tell the stories of struggles a teenager might be going through in their lives. If you are into pop and would like to listen to a self produced artist that has grown up since his Tik Tok fame, give “Thrill Seeker” a listen.