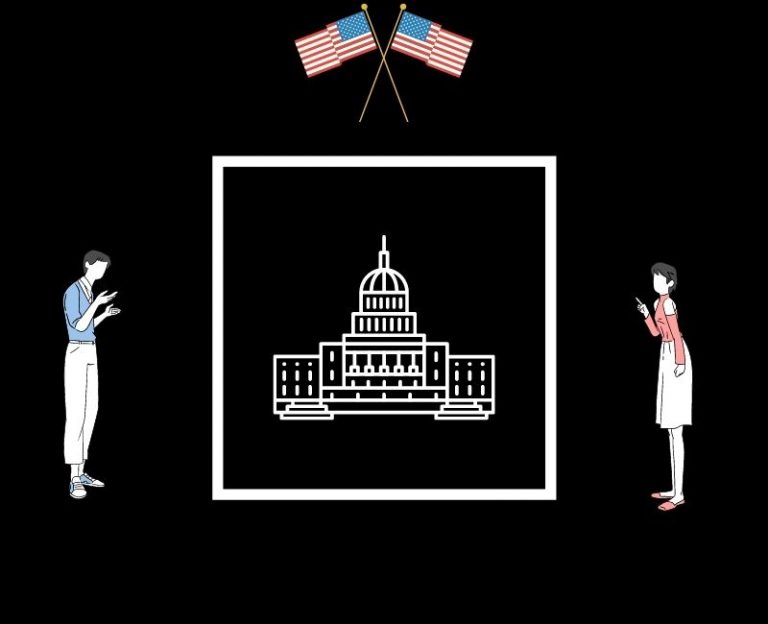 After a brutal storming of the Capitol, the nation is more divided than ever. Art Credit: Monserrat Mendieta

Traitors, thugs, crooks. It can be tempting to come up with a litany of insults for the insurrectionists that stormed the U.S. Capitol on Wednesday. However, one word rises above all others as an appropriate descriptor: anti-Americans.

The individuals who stormed the Capitol, composed of pro-Trump extremists, smashed monuments, windows and murdered an innocent police officer, while attempting to kill Vice President Mike Pence, are explicitly and openly anti-American. Despite their ironic self-identification as “patriots,” there is almost nothing more in opposition to American values than attempting a coup in order to ensure that President Donald Trump gets to serve another term.

America’s greatness comes from its indestructible democratic values. Though we’ve never lived up to them perfectly, America was the first nation in world history to be a democratic republic, a country in which the power resides in the people and not kings and queens. “The courts are against us, but Trump can be our sole voice,” is not the thought process of a group who are in line with these values. Especially prideful Republicans that are a member of the party of law and order.

Several of the supporters of this coup compare it to 1776, when America declared independence from Britain. The problem with this justification is that the revolt against the British wasn’t because we disliked the outcome of an election, it was because they were taxing us unfairly. While the comparison is ahistorical, it does reveal an underlying belief of much of the pro-Trump insurrectionists: that the progressive left is such an existential threat to them that any allowance of them having power is by definition illegitimate. Just as Britain’s power over the colonies was fully unlawful, they argue, so is the Democratic Party’s soon one-party rule in Washington.

The roots of Republican antipathy for democracy are complex and overlapping, but one cause overshadows the rest: resentment against racial minorities. Political scientist Larry Bartels has published research confirming that the best predictors for Republican opposition to democracy aren’t education or views on economics, but “ethnic antagonism,” a dislike for racial minorities. Notably, even controlling for other factors, ethnic antagonism is strongly correlated with the likelihood that a person agrees with the statement “the traditional American way of life is disappearing so fast that we may have to use force to save it.” That statement mirrors the “You’ll never take back our country with weakness,” warning from President Trump as he incited an insurrection against America.

In other words, the more a person harbors resentment against racial minorities, the likelier they are to back antidemocratic measures. This is the complete opposite of the BLM movement which faced extreme criticism by Republicans, specifically, Trump supporters. Several BLM protests faced unjust consequences that should have been enacted in this case despite advocating for a value our country puts on a pedestal, equality. In their eyes, they are protecting themselves from those of opposite skin color. And judging from the rioters’ seemingly ardent nationalism, they’re more likely to believe that they’re upholding democratic values while doing so.

Regardless of what happens after this week, that one fact can never, ever be forgotten by anyone discussing this. The attack on the Capitol was an attack on the United States. Neglecting to acknowledge the severity of this misled attack is a let down to the entire country. It was an attack on American citizens. It was an explicit threat to every resident and citizen of the US that if we do not acquiesce to their demands, they will continue their acts of terror – just like radical Islamists and terrorists in any corner of the Earth. Recognizing – first and foremost – that the insurrectionists who attacked our Capitol are anti-American should be the first step. Before the complexities and intricacies, that is the ultimate truth that should be understood about them: simply un-American.