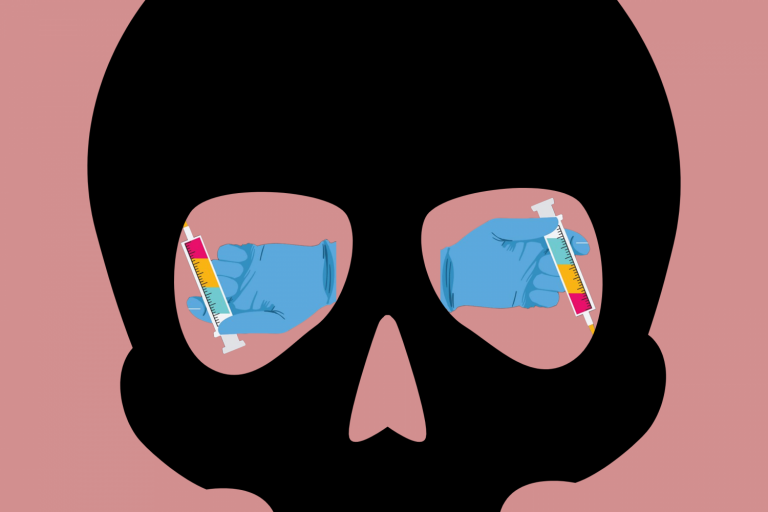 The death penalty can seem appealing. But the loss of innocent human life isn’t something with which we should roll the dice. Art Credit: Ahmed Ahmed

The Trump Administration’s unprecedented string of executions attracted attention near the end of his presidency. The outgoing president’s resuming of the federal death penalty shined a spotlight on an issue that’s avoided scrutiny for a long time.

President Joe Biden, who explicitly mentioned he plans on ending the death penalty, has a position in sharp contrast with his Democratic predecessors. Former President Barack Obama faced criticism for his narrow support for executions, and former President Bill Clinton went even further – airing an ad bragging about his expansion of the death penalty to “drug kingpins.” Progressive activists have been pleased with Biden’s shift to the left on the issue, though many remain skeptical that he will push for a full on end to the death penalty.

Regardless of the likelihood of him doing it, Biden should defy the skeptics and limit the federal death penalty as much as he can.

The strongest argument against the death penalty is quite simple: there is a chance with every person that is executed, that we are in fact executing the wrong person. And because we don’t yet have resurrection technology, these deaths are permanent. This fear is well-founded in academic research as well. One study found that over four percent of death row inmates are innocent of their alleged crimes. Eyewitness testimony, one of the most common pieces of evidence presented in criminal trials, is notoriously unreliable. Unfortunately, people are often convicted and even executed because of the lies, deceptions and errors of eye witnesses.

Even DNA testing, which is more reliable than the eye-witness testimony that is often used, is not without its faults. It’s extremely easy for investigators to make an error with the DNA evidence they have, and because of the common belief that DNA is near-infallible, evidence like this holds an enormous amount of weight in the courtroom.

The death penalty’s habit of killing innocent people also disproportionately kills Black Americans. Innocent Black people are seven times as likely as innocent white people to be convicted of murder. Ending the death penalty would be an important step towards minimizing racial discrimination against innocent minorities, an issue that very well may have helped Biden clinch the presidency.

Anti-death penalty activists main tool to undermine the punishment – the courts – have slipped away from them after Republicans hurriedly placed ardent conservative Amy Coney Barrett onto the Supreme Court. The decision, a stark departure from the rules Republicans vowed to follow four years prior, wasn’t surprising, but was a fatal blow to the chances that the courts would rule the death penalty unconstitutional. The Executive Branch is the activists’ last hope.

President Biden can commute the sentences of all federal death row inmates. It’s well within his constitutional authority, and members of his own party are pushing him to do it. With the death penalty collapsing in popularity among Americans, there’s little doubt that Biden will be remembered well in the history books for this decision. Let’s hope he makes the right decision.