Has the media negatively impacted the presidential race? Misinformation and editorialized news stories have been making headlines on a daily basis. 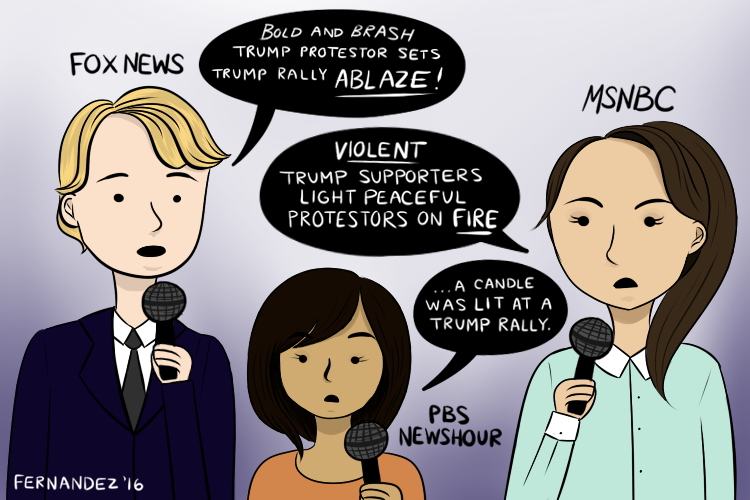 If the 2016 presidential election has taught as anything, the lesson has been that the media will attack others with random insults and hope that one sticks. The days of debating are over, and the new era of shaming those with different views has begun.

The greatest example of people being “up-in arms” (or rather, up on Twitter) has been when presidential candidate Donald Trump was blasted on the mainstream media for being racist and misogynist. A simple fact search–barring the Huffington Post– proves all of these labels are factually incorrect, but the names still stick and thousands of people condemn him because these tags are constantly being plastered on headline news.

Instead of disagreeing with someone and labeling them as a racist, people need to realize that perpetrating false images does not advance their own agenda. Throwing mud at the issue only makes the accuser appear ignorant, and harms the ability for reasoned discourse. 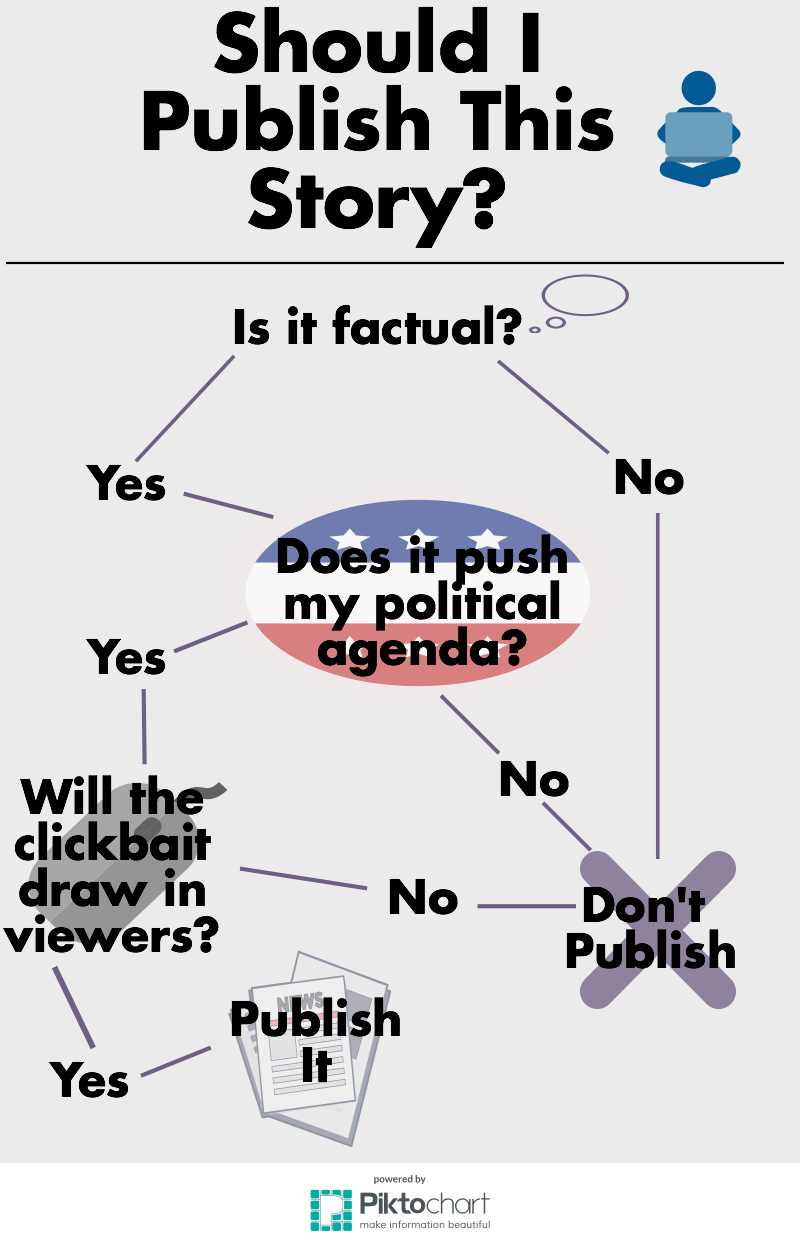 In addition to harming one’s public image, saying such words make the speaker appear overly biased, especially when the accused has said nothing to warrant such a reaction.

Viewers tend to buy into all the stories the media churns out, even if the news ends up being a little less than honest.

Words that used to have actual substance and were used to condemn individuals who deserved the label are now thrown around as soon as someone goes against the grain. The media helps perpetrate this by editorializing headlines and reporting misinformation in order to gather the most views.

One prominent example was the recent news surrounding a 15 year old girl who was “sexually groped” (a claim later struck down by the local police department) and then pepper sprayed (done so because she struck a supporter). The headlines capitalize on this misinformation, even though the source video the entire claim is based off of is featured further down, disproving previous information found in the article.

Because of  biting headlines on major news networks, and because they feature Trump (arguably the most controversial Republican candidate), viewers click on them because they tend to gravitate towards scandalous stories. This is good for business, but bad for the American public, as viewers tend to buy into all the stories the media churns out, even if the news ends up being a little less than honest.

Another major controversy that surrounds the presidential candidate is when, during an interview with MSNBC’s Chris Matthews, Trump was asked a hypothetical question: “If abortion was outlawed in the United States, should the woman be punished for undergoing the treatment?” Trump said there should be a punishment, a stance he later recanted.

While Trump may not have been in the right, the mainstream media immediately released edited soundbites of the interview, where Matthews’ hypothetical question was completely skipped over, making the presidential candidate appear as though he advocated punishing women for undergoing abortion.

Through twisted headlines and eight-second soundbites, the media can easily paint a presidential candidate in a negative light. While bias will always exist in every news publication, the sheer amount of misinformation spread by newspaper organizations in order to push their own agenda does nothing but harm the American public.