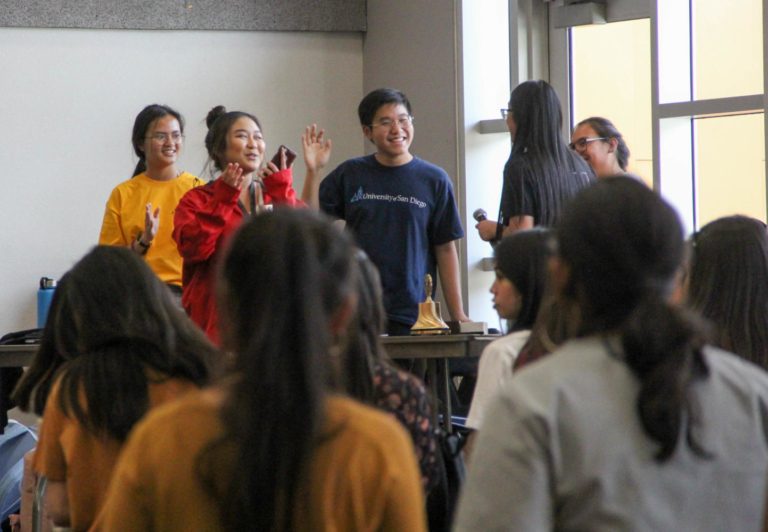 After an election last year where several positions ran unopposed, the current Key Club board is planning to have more than one person run for each of the available spots for their election on Jan. 28.

“I believe there is a drastic change in this year’s election in comparison to last year’s,” junior Caitleen Navarro said. “Last year, there was only one person who applied and, in fact, a few positions didn’t have any applicants. This year, there was no issue with having members apply for a board position.”

Several individuals have applied for a position thus far, but members have time to file their application before the deadline on Jan. 25 at 11:59 p.m. Last year, only one person ran for some of the board positions while others did not have any applicants.

“In order to run for a position on board, students must be an active member in Key Club,” junior Caitleen Navarro said. “If a student decides to run for a position, it is assumed that they want to make a difference in the community and want to make changes within the club. [Students on board] have the power to help make our school’s Key Club an influential figure in the organization.”

“I am running for vice president of fundraising because in senior year, I plan on running for president and in order to do that, I had to have held an executive position,” freshman Daniella Sayson said. “I decided to run for an executive position so I can have a better understanding of not only how our own school club runs, but also how different divisions and regions functions as well.”

Whether at the club, division, district or international level, advertisements to help candidates win are strictly prohibited and will result in disqualification. For positions on the executive board, students will go through a normal election process due to the amount of people who applied.

“The current officers will mediate and host their respective position election,” Key Club adviser Mr. Pate Thomas said. “They will ask caucus questions and the members will vote who they want to win after hearing the candidates’ answers.”

Since the 2019-2020 term does not begin until April, the next three months will be used for current officers to train their elects.

“After all of our elections, we will be holding our inductions in spring,” Wu said. “Anyone can join Key Club and I would highly recommend it because it provides great opportunities.”