People you meet, places you go 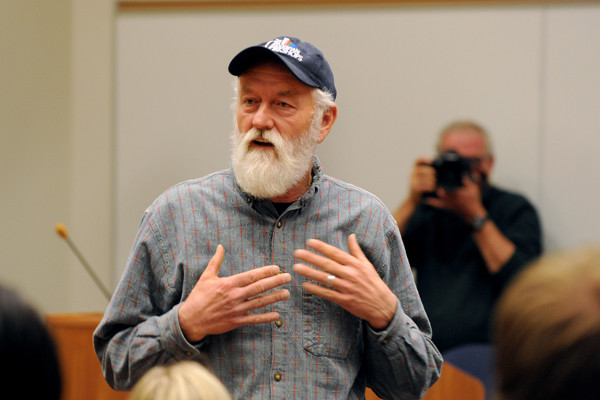 David Labelle proved to me that good people do exist and all it takes is taking a moment to learn about others and maintain strong relationships with these individuals.Courtesy of David LaBelle

“We are all broken,” said David Labelle during his presentation Bridges and Angels in San Antonio, Texas for the NSPA/JEA National Journalism Conference. During his discussion of photography and how one single event changed his life entirely, I was captivated with the way he spoke and the effect he had on me was a message I will never, ever forget.

He spoke about how he lost his family and almost lost his own life. Labelle told us to never take a moment for granted and to cherish our loved ones. He brought goosebumps to my arms and tears to my eyes. He is the truest human being I have ever met. He did exactly what he came to do; he changed my life.

This man’s message was so powerful it made me want to change myself. His morals and outlook on life made me want to reexamine how I look at others and the relationships I have with them. He believes in collecting relationships with people, rather than material items. I learned about the positive effects I can have on others by actually taking the time to learn about their lives or their problems.

The effect people have on one another can influence their attitude, their personality, their sense of style, their interests, even the way they talk. Labelle told his audience stories of people he invested days or months of his time in to learn about these people and the world around them. Instead of just creating photo stories as a profession, he became involved with his subject’s actual life stories. Rather than simply floating through the school day, we should be interested in those around us and take the time to say hello to a friend and say something nice to our teachers. In the end, it will create more friendships and relationships that could benefit our moral being later on.

Therefore, when you feel as if you hate the world, remember that every single person you meet has a small impact on yourself and the world around you. Take pride in the relationships you make with others; whether it is your teachers, friends, family, or the person you met in line at the coffee shop. Make sure you are paying attention to the effect you have on others as well. We can tell our stories to our friends and family to establish that sense of familiarity with those around you. Make your mark and leave a path for others to follow you.