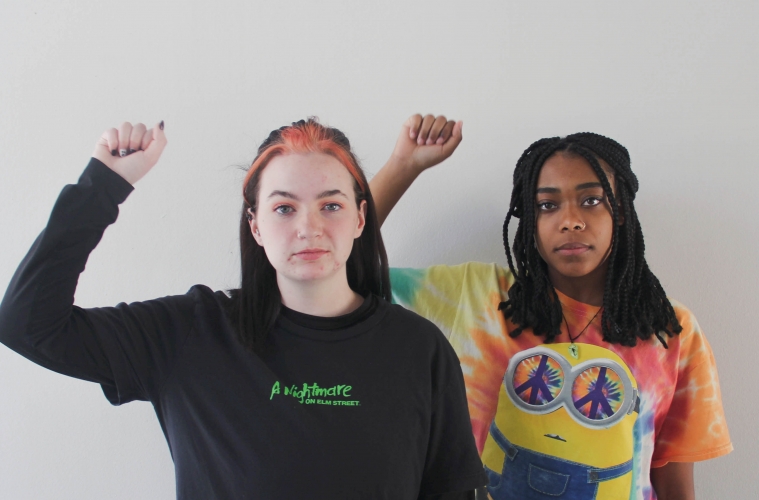 White privilege only exists because some people choose to ignore it. This is not an issue solely for people of color to solve–after all, this is a Black and white issue, not a black versus white issue. Photo Credit: Eriyale Williams

White privilege is a system that leaves people of color at a disadvantage in everyday life tasks. The criminal justice system, that is riddled with inequalities that disadvantage Black and Hispanic people, and educational structures leave people of color at an unfair playing field. It is no secret that people of color have constantly had to jump six feet to reach the same place their white counterparts get to with minimal effort – and after comedian Chelsea Handler released a documentary highlighting the issue, people have started to ask the question: how do we fix a problem that has been so engraved in our culture?

Whether it is getting a job or the consequences imposed on breaking laws, we believe that robust action must be taken to acknowledge and address gross racial inequities in our society.

‘Hello Privilege, It’s Me’ interviews several groups of people about white privilege, and what should be expected from the white community to resolve it. Handler visited a college in California, Republicans who lived in Orange County, California and other Black comedians in the industry to get a diverse view.

The documentary recognizes that some white people do not realize the privileges they have–because they don’t see the disadvantages people of color face. The group of white women that were interviewed, who lived in Orange County, California, were convinced they had no advantages. This reveals what may be the most insidious part of white privilege-oftentimes, the beneficiaries don’t even see their privilege because they don’t see the disadvantages of people of color.

The documentary shines light on the issue and attempts to start a conversation within the white community. People of color that were interviewed in the documentary mentioned how tiring the conversation is to have–especially in the 21st century, and that it is not something people of color should have to consistently address. The conversation should no longer be; if white privilege exists, but what can we do to fix the unjust system that favors race over talent.

Although it seems that mostly older generations struggle with seeing everyone as equals–despite skin color, prejudice behaviors can be passed onto younger generations. It isn’t just knowing about white privilege that needs to happen, but also making meaningful changes to fix it. After all, this is a Black and White issue, not a Black versus White issue.