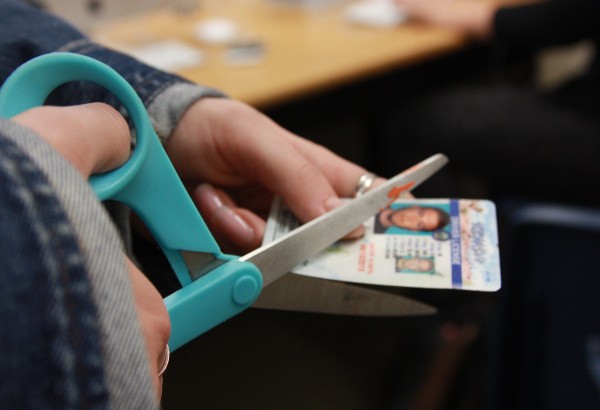 When the new year came around, recent rules and regulations regarding driver’s licenses and learner’s permits were updated to restrict the process for students that are deemed habitual truants.

Now when a student that is enrolled in high school takes the permit/license test, a form known as DMV-301 must be filled out by the school’s principal. Depending on the attendance record of that student, the request for a license can be pushed back for months if truancy is isolated as an issue.

We believe that the new regulation is a good step toward addressing the truancy issue. Students have an easier way to ditch class with access to their own cars, and restricting their means of transportation would reduce the amount of students that skip class on a regular basis.

Instead of simply putting away the car keys for six months, a student caught without his or her license could face a juvenile sentence that would stay on their record. However, most teenagers that happen to fall on the wrong side of this law would most likely not risk driving without a license, but worst-case scenarios must always be accounted for.

To see how this new law would play out, one simply has to look at another state that adopted this regulation and examine if the suspensions helped with reducing truancy. For example, Florida has also restricted driving privileges based on attendance, yet the risk of losing out on a driver’s license does not seem to be much of a deterrent.

In James Rosica’s article on The Tampa Tribune, licensing suspensions are growing, yet truancy rates are staying the same. One county in particular (Pinellas County) experienced chronic truancy, where 13 percent of the county’s high school population was missing more than 21 days of school. Even though Pinellas County had over 406 driving suspensions, students were still ditching class, which could prove to be a scenario in Clark County as well.

Currently, the truancy policy that has been around since July 16, 1963 proves to be a good restraint, with seven missed days in a school year resulting in all credits being forfeited for any classes that have been missed. Our schools’ truancy rate is not much of an issue due to this (with not even a single habitually truant student during the ’13-’14 school year), and the new licensing restrictions will continue to keep students in class and out of trouble.

Even with all these new restrictions, school staff should be wary of students trying to workaround this new law. There is no way for school officials to keep up on every loophole the student body can find to bypass the truancy policy, but proper enforcement can help the new legislation work in a smooth and orderly fashion.

As a staff we understand that this law was formed to improve the attendance of the student body, but the only way to tell if this new piece of legislature will be a hit or a miss is to wait until the annual truancy rate is revealed.