EDITORIAL: You do your job, we will do ours Journalists are not the enemy 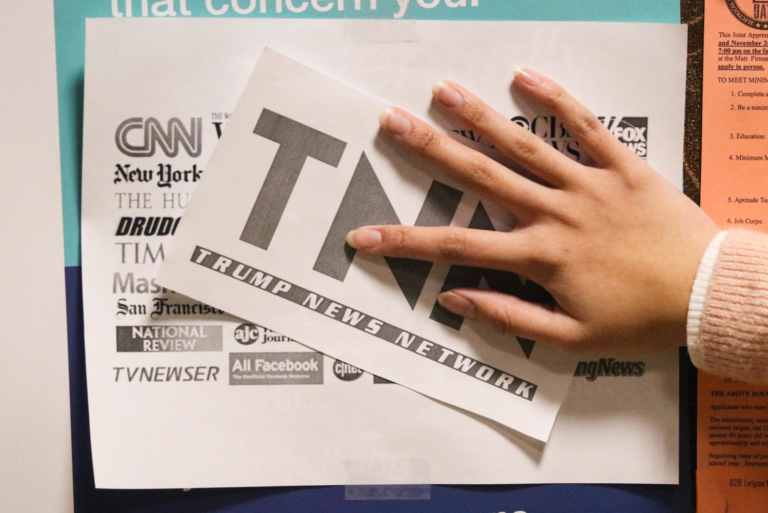 From the president's point of view, any news outlet who "crosses the line" is seen as unreliable. With the click of a button or quick interview, he can cause major disruption in the press. Photo Credit: Vincent Dagan

After learning that he would have to let Jim Acosta back into the press briefings at the White House, President Donald Trump has proposed a government-run news network to spite his long-time rival CNN. Since Trump believes CNN misrepresents America, his network would show what the country truly is–or at least what he thinks it is.

This distrust in media is nothing new for the president. Trump has had problems with news outlets since the beginning of his term, specifically liberal or democratic ones. As for CNN, he goes as far as accusing the publication of “fake news” and describing the reporters as “enemies of the people.” But, we believe that the government should stay in their lane and allow journalists to do their job.

Since the second World War, the U.S. has had Voice of America, a government-funded news outlet, but this is not enough for Trump. He already has an intense influence on his base, with a shared hatred against the media, so the struggle in reporting the truth doesn’t end here. Journalists are mistreated on the daily for just doing their jobs, so it only makes sense for them to feel discouraged by the idea of Trump’s competition.

The situation gets worse when the public chooses not to believe the press. Cherry picking the news will not give people a deeper understanding of current events–if anything, it will do the exact opposite. One-sided interpretations of current events is what countries like North Korea and China deal with on a day-to-day basis. Putting a restriction on our own knowledge is not the American way, nor has it ever been, so why are we starting now?

Our voices matter–we shouldn’t be overshadowed by news that only fits Trump’s agenda. With his network, he won’t provide us the information we need and will only cover what he wants. At least, that’s what we can logically assume. Imagine if his idea gets put into action and we actually start paying attention to the broadcast–our perception of the world will only become narrower.

We cannot let him do this. The government should focus on their own job for once and stop interfering with the journalists. If real journalism means having the president take over the press, then maybe we need more enemies of the people reporting our news.