16 years but still no change 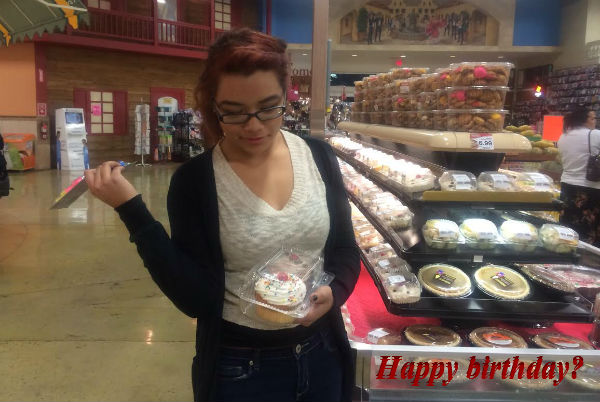 The only real excitement of turning 16 is the cake and not much else. It's only really just another teenage year.

16 years old: the year of officially being a woman, being able to legally get a job, being able to earn your drivers license and having the freedom to cruise down the streets, wind through your hair with the music blaring all on your own. Ahh, I remember looking forward to this age since middle school.

As a 12 year old, I looked at my teenage era as the most exciting years. I constantly counted down the years until I would finally turned 16. It seemed like the magical year where you’re a step away from being seen as an adult, rather than a little kid. Instead of seeing you as a child, you would finally be recognized as mature and ready to take on the real world. Your parents would trust you and give you more responsibilities. Unfortunately, 16 isn’t as magical as what I perceived as back then.

I hoped for . . .  the ability to drive at any time of the day with my friends without the need to bother my parents to take me places.
But the reality is . . .  I haven’t gotten my license; in fact, I still don’t have my permit.

I hoped to . . . finally have the job I’d been waiting three months for and make money on my own.
But the reality is . . . I was hired for the job I waited so long for, only to be told I’d have to wait another three months to actually start, due to staffing.

I hoped to . . . have my family and friends see me as an adult instead of a child.
But the reality is . . . my mom officially approves of me dating and doesn’t see me as a child who needs to stay from guys because they have “cooties” (and other phrases along those lines).

I hoped to . . . be treated as an adult and with more responsibility.
But the reality is . . . I feel like the teasing has became more frequent, and I’m only seen as a young adult under some circumstances.

I hoped to . . . take my education seriously and know I’ll be graduating soon.
But the reality is . .  .  now I’m one step closer to graduating and closer to college, but now I’ll have to take more exams and testing, such as the proficiencies and PSATs.

Sure, turning 16 is an exciting age to look forward to besides the big 18 and official 21. Even with the events leading up to my birthday I still counted the days. Now that I really think about it, 16 is really just another year as a teenager. Maybe 17 will be the year of freedoms and new responsibilities.