To love thyself, attack another 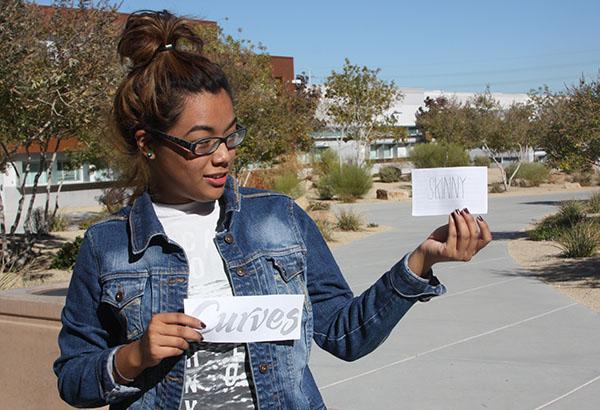 The world we live in today has progressed in numerous areas of importance: a woman’s right to vote, which holds great value during this voting season, the evolution of technology and the perception of how individuals see one another, mostly noting the increase of self-confidence within our society. At least, that is what we think.

But, we are constantly told to maintain high self-esteem and to love ourselves for who we are. This message is carried most through songs and TV shows. Granted, some exhibit the theme through the use of real life situations that do not necessarily degrade others (remember that Full House episode when DJ went on a diet to achieve thin attributes that she thought were ‘beautiful?’) or through the positive words of Lady Gaga. Of course, many others refrain from spreading confidence by promoting self-happiness of all types, but instead, towards some who are judged the most.

This was not a subject that came to me suddenly, but one that has developed over time. I am all in favor for confidence, especially within the female race. I feel that girls nowadays see one too many flaws in their physical appearance and do not focus on the positive qualities they do have. I am fond of the fact that the subject is so popular to promote in the media now, but it also falls short and comes off as offensive.

[vision_pullquote style=”3″ align=””] “The message in the song is powerful and enticing with its upbeat attitude, but at the same time, contradicts what it preaches.” [/vision_pullquote]

Meghan Trainor’s “All About that Bass” is the most pertinent and current example of an attempt to bring confidence to the surface through the use of belittling others. The song is intended to act as an anthem for curvy bodies and thick-thighed girls. The message in the song is powerful and enticing with its upbeat attitude, but at the same time, contradicts what it preaches.

The lyric “’Cause every inch of you is perfect/From the bottom to the top” hits home with self-empowerment. In fact, this was my favorite lyric of the song—or so I thought, until I continued to listen. “Go ahead and tell them skinny . . .” then carries on with a word that degrades women of thinner figures. I understand that curves are popular now and do not receive as much shame as they used to, but Trainor’s lyrics are an example of putting down one party to glorify another.

Trainor preaches to listeners (the main target being young girls) to love yourself for who you are. Rather than loathing ourselves for how we look, we should feel comfortable in our own skin. That message is unclear when she favors curvaceous body figures and shames those that are thin and petite.

Confidence is one of the key traits anyone can have to carry on a successful pathway in life. As someone who continues to battle body image issues involving weight, it is unacceptable to feel better by stepping on the feelings of another group of people. Remaining neutral about the “tiger stripes” that decorate lower abdomens is a valuable message to deliver to everyone.

Keep the love away from the hate, and boost the self-esteem of others through a variety of outlets, instead of pushing others down in the process.