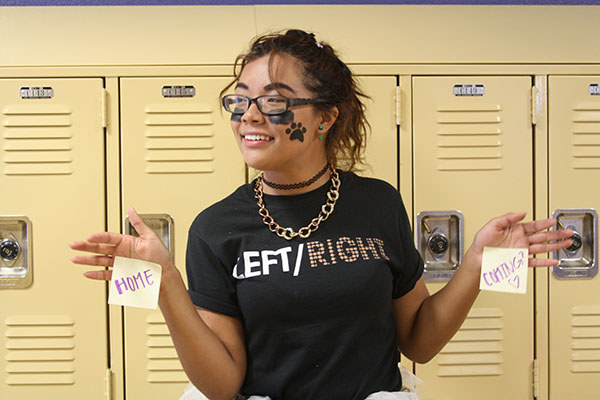 Small proposals through sticky notes are more intimate than a public asking through song at Town Square.

It is that time of the year again: roses are given after a commodius proposal in front of the student body during lunch time, dresses that will flow in the air as girls dance the night away are ordered in advance to the big night, matching corsages are chosen to display joint dates. Sounds pretty familiar, does it not? That is right, Homecoming season has officially arrived!

As I stated in last year’s column, “Homecoming is probably one of my favorite times of the school year,” what excites my interest for homecoming is not even the dance itself, but rather the preparation that people, including myself, put into the night. Finding the perfect dress to fit this year’s “Secret Garden” theme is even more exciting than watching girls struggle to do the Electric Slide in platform stilettos . . . although it is still pretty fun and entertaining. Through all of the preparation for this dance, asking people as a date will always trump the level of excitement towards everything else.

The creativity that shines when a boyfriend asks their girlfriend as their date or vice versa makes me just as giddy as the person being asked. It is even better when someone is asking their crush as a way to express their true feelings. The catchy puns that end with the signature, “Will you go to Homecoming with me?” written on a poster board are so joyous, but I do feel a little envious, as I wished for my boyfriend to do the same for me. Although I love very public proposals that end with a crowd surrounding the couple, the intimate ones, in my opinion, are the better choice.

[vision_pullquote style=”3″ align=””] “Realizing that this person took a step of confidence to ask you in front of many others is an idea that may affect how you answer rather than following how you really feel towards attending as their date.” [/vision_pullquote]

The fear of embarrassing or hurting the other’s feelings in front of several others, some being strangers, always runs a a risk and factor that runs through the mind of the one who had the question directed to. Realizing that this person took a step of confidence to ask you in front of many others is an idea that may affect how you answer, rather than following how you really feel attending as their date.

Besides the risk of rejection in front of people who have no relation to the couple, some girls actually prefer cute and original tactics rather than overdone ways of asking. Sure, it is special to do something big for them every once in a while, but homecoming is not one of those times. If you are doing the repetitious poster holding outside of her class or a song about how when you see her face, “there’s not a thing that I would change because you’re amazing,” played on the guitar by a friend and you show up out of the blue asking the question, some can feel like there is a lack of creativity, killing any chance of it seen as special.

While wanting to confess your feelings to someone by taking the first step, maybe going big is not the choice, but instead going home and asking them personally will hit it right in the “feels” (as feelings are referred to nowadays). I know I do not speak for all those who would actually prefer a spectacular invitation, but I do speak for the ones that prefer intimacy.

At the end of the day, do not sugarcoat your attempt to ask someone to homecoming; look them straight in the eye, hold their hand, and just go for it!