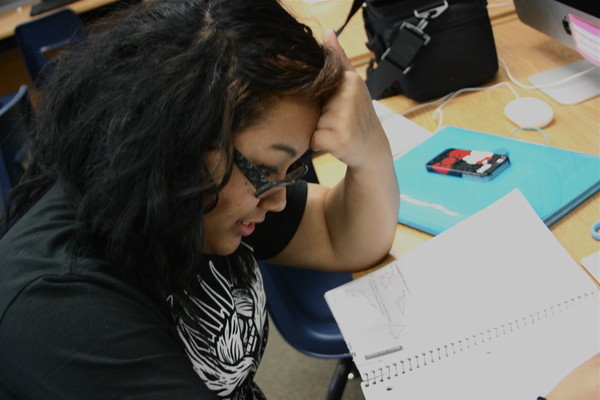 Oh man, it looks like winter break has ended. I had to resume my original routine of setting my alarm to five o’clock, so my sleeping schedule would be back to normal after staying up late over break. That meant waking up at the mere hour of 5 a.m., hopping in the icy cold shower, and rushing out the door by 6:20 a.m.

This break would have been a perfect opportunity to sit back and relax. Unfortunately, instead of clearing my head for the two weeks, I ended up stressing myself out even more. For the first week, I was at ease and my thoughts were clear. My mind was so focused on my birthday and Christmas. Therefore, I was able to put anything and everything stressful aside.

It was all smooth sailing until I remembered that semester exams were scheduled for the second week after break. When we returned from Winter Break, we were given study guides covering a range of topics learned, but there is not enough time to go over all of the past lessons in one week, considering we have a block schedule. Although the exams only make up 10% of my final grade, they can be the reason I pass the first semester with an A or lower my grade to a B.

With my head being clouded with distracting thoughts, I could not seem to focus while studying anymore. Winter Break was supposed to be the time where I could study while being relaxed, but there was no way to do that. Being distressed by semester exams led me to feeling the way I left before winter break. Eventually, it turned into a vicious cycle.

If we were given another week for break, students would be given the opportunity to feel more prepared for the nerve-racking mid terms. Additionally, we could study, while still having fun during the first two weeks. Students could even make the studying entertaining by having study groups during Winter Break.