Dealing with the Green-Eyed Monster 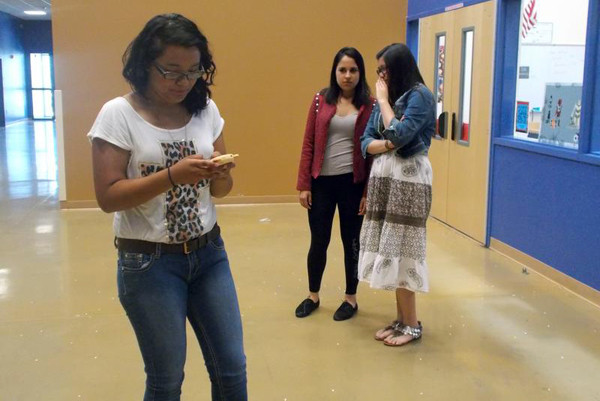 Letting jealousy and envy get in the way of life stops you from creating new friendships.
Photo Credit: Hailey Basner

“Did you see what her dad bought her for her sixteenth birthday? He bought her a new car, $500 worth of shoes, and her own debit card!”

Sure, not everyone has the jealousy bug in them, but for those who do, it can have a huge affect on relationships with classmates, friends and even relatives. Whether it is being jealous of how wealthy a friend might be or the girl that your boyfriend is talking to, the jealousy you have can be taken to great lengths, resulting in the loss of a friendship or relationship with those you were closest. I have had very few encounters with envy towards someone or what they had, but recently, the monster has grown.

Surprisingly, the monster started to grow because of a crush on a guy. It is not even the fact that I have feelings toward him, but the fact that my friend and him have so much in common. He is upfront with his feelings about her, so it is obvious that he likes her. The two of them can go on and on for hours about video games and music, but I can barely talk to him for more than ten minutes without running into awkward silence. Even though I have no feelings towards him anymore, it angers me that she is obviously a perfect match for him.

Although jealous rarely affects me, it can develop into a drama-filled mess. If I reach the highest point of envy, I hold grudges for long periods of time. The negative behaviors that could occur either put a hold on the friendship or end it. Instead of letting a guy ruin our friendship, my feelings should be sorted out.

A minor act of resentment should not affect your relationship with someone. You will not always have it your way, so let someone else for a change. Instead of being jealous of someone having a piece of clothing you have always wanted, compliment them for their taste in clothes and style. If your boyfriend is having a conversation with a girl, give him some space and do not worry. Let him have friends, and do not try to control his social life.

Jealousy never controls me, and it is not different in this current situation. When dealing with jealousy, the rule to follow is to ask yourself why you are envious of that person. You should, then, rate your jealousy on a scale of one to 10: one being the lowest level of envy and 10 being the point of holding a grudge.

Do not hold a grudge with someone for the jealousy you have towards them. Be their friend and focus on the parts you love in them.