It only takes two to tango 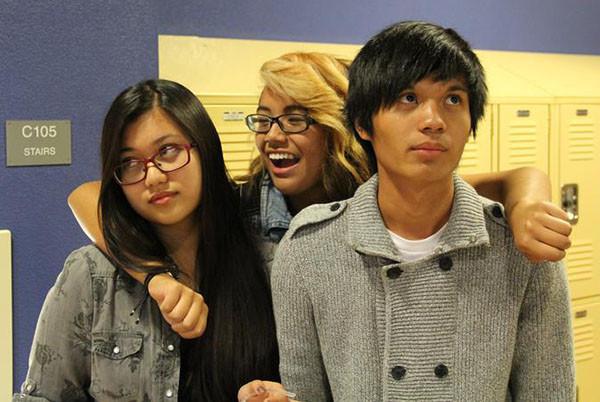 Sure, you love your friends, but do you love the overbearing feeling of meddling that they give within your relationship?
Photo credit: Tonatiuh Gomez

Some of the best things in life come in twos: shoes, earrings, contacts, even relationships. Sometimes, people are not aware of relationships requiring two and only two people; these people are known as third-wheelers.

When walking down the street and you see a couple holding hands, you normally see only two people together. In some awkward situations, however, looking past the happy couple, you’ll see another person tagging alongside them, laughing away at their own jokes while the other two are lost in each other’s eyes. Some may confuse this person as a third-wheeler, but there’s a difference between a third-wheeler and a person who’s stuck tagging along.

I understand how some of you may think: you’re happy for your partnered friend. You don’t want to seem insincere or anti-relationship. Sometimes, I feel as if I give off that vibe when I’m really just giving the new couple the space they need to let their bond grow. As a result, they grow angry when I involve myself in every aspect and activity of their relationship. You can’t win either way.

Although third-wheeling is often associated with meddling, it’s a lot less intrusive. Meddling involves inserting yourself in the business of a relationship and giving your opinion when it’s not needed. However, third-wheeling is tagging along on dates, hangouts, and normal everyday activities. Sometimes it’s by invite of the couple, but most of the time, you’re inviting yourself.

Granted, some people don’t realize they have become the appendix of their friend’s relationships until their friend confronts them. Just because your friend has now encountered a new love doesn’t mean the friendship has to stop entirely. Since you probably won’t see your friend as much due to their new love interest, every moment, phone call, text, counts.

If you happen to become the third-wheel in your friend’s relationship, don’t make the situation even more awkward than it has become. There is a simple solution: give your friend some space! While it may be hard to back off, it’s best to let your friend experience the new relationship and test the waters.

Relationships are like a chemistry experiment: you have to combine two elements to see if they turn into a compound and adding another element might cause it to fizz and explode. Avoid becoming the third-wheel of your friend’s relationship because it disturbs their connection and destroy your friendship.