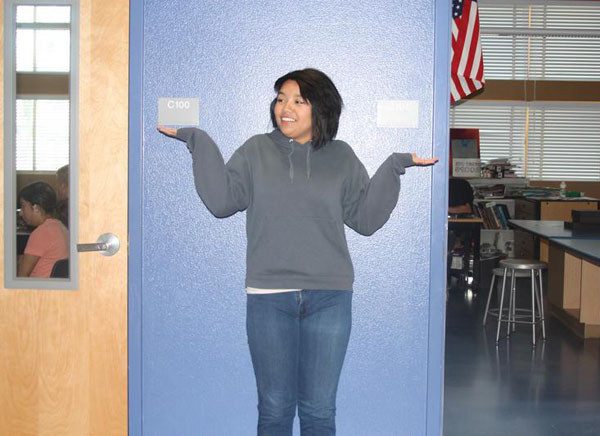 When you miss out on the door to opportunity, there will always be another door open. It's your choice to go out and look for that open door.
Photo Credit: Jenika Chiang

When one door closes, another one opens. Usually, that is what happens when you are in need of another opportunity. Unfortunately, you are not given a new opportunity all of the time.

Over spring break, I was given the chance to attend an old friend’s quinceanera, the Mexican celebration of a girl’s maturity and fifteenth birthday. It was not a last minute invite, so I could have laid out my plans and events for that day. In fact, I was told about it when the party was still being planned. The morning of the party was spent with several outfit changes, text messages back and forth between fellow partygoers, and much excitement.

As the clock ticked, I waited in excitement to reunite with my past friends. The thought of sharing old memories and rekindling old friendships left me on the edge of my seat. An hour before the celebration, I received a text from my best friend asking about the plan for tonight.

That was when I realized that the day of the quinceanera was the exact same day as one of my best friend’s sleepovers for her birthday.

Panic and guilt hit me instantly; I was stuck between a rock and a hard place: should I attend the quinceanera or be there for my best friend on her birthday? I chose the latter.

As soon as I arrived to my best friend’s house, I felt like I just missed out on a chance to be with old friends and have the fun we had last year. Although I felt really bad about missing the reunion, I decided not to make a big deal out of it since there will be other times to hang out with them. My best friend only turns 15 once, so it was best to be there during her time to shine.

Having to choose between past friends and my best friend was a difficult decision. Sure, it is best to take into consideration that there might be another chance to resume old friendships, but I have to act like I am only given one chance. There is always the thought that runs through my head that I could have gone to the celebration and left early to attend the sleepover. If I had taken my time with my situation, I would have realized sooner that I could have spent time with my old friends and still be with my best friend.

Now that I realize that I missed out on an opportunity, I know to jump at any chances I have because there might not always be a door to open waiting for me. Instead of waiting for a new opportunity to pop out at me, I have to look for it myself.