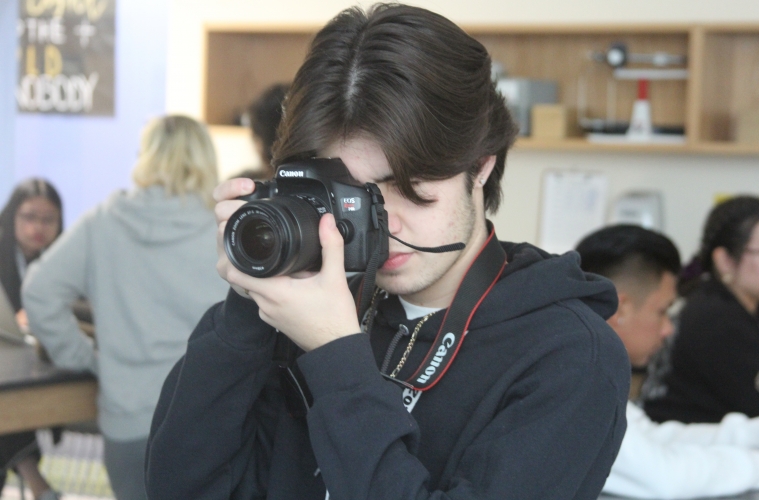 Taking photos, senior Alyx Beeten prepares the yearbook spread. The Howl staff was awarded a Silver Crown Award and Southwest Shadow staff was awarded the Gold Crown Award. "I'm proud of both staffs and I'm happy that yearbook was nominated for the first time," Beeten said. "We all worked hard, so I'm glad we got the recognition we deserve."

“I’m really proud of last years book because we put so much creativity, time and effort into it,” The Howl yearbook editor Vanessa Robbins said. “It was the first yearbook I ever worked on and I love looking back on it and seeing everything we worked on for a year all together.”

The online newspaper and yearbook were judged by numerous judges before being deemed a winner. There were 15 finalists for digital news and 58 finalists for yearbook.

“After being awarded the Gold Crown award, it makes me feel like all the hard work and time we put into our website finally paid off,” Southwest Shadow Features Editor McKenna Thayer said. “The Gold Crown award gives us the reassurance we need to keep going and putting out more quality content.”