EDITORIAL: Donations needed–but not from everyone Blood restrictions unfair to gay men 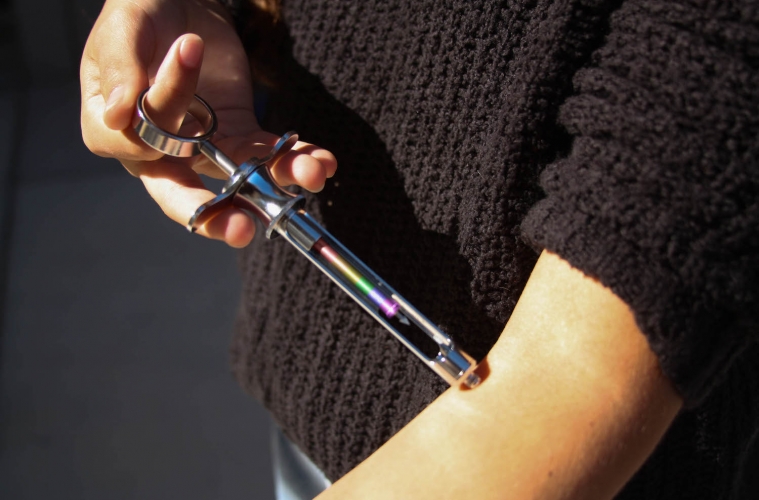 Sorry, is this blood too gay to take? For too long America has ignored the unjust and unfair treatment of the LGBT+ community, but with the recent blood shortage–it is time to start speaking up. Photo Credit: Eriyale Williams

In 1983, with the country in the midst of a national panic over the HIV/AIDs epidemic, the Food and Drug Administration restricted the ability of gay men who have had sex with men to donate blood. The policy was born out of a strong stigma against people deemed to be at high risk of the disease, with blood transfusions identified as an easy way for the disease to spread, especially with deaths like Ryan White’s. While the policy’s initial intent of preventing the disease from spreading was a noble cause, new technology allows us to check donated blood for infections, regardless of sexual orientation.

And while our school’s second annual blood drive just completed, many teenagers are just now learning about this law. This may be the first time students of the LGBT+ community encounter limitations and repercussions of their sexual orientation.

We believe there is no reason to discriminate against a demographic of people just because of their sexual preference.

According to NPR, there are 107 countries that have an insufficient supply of blood. Donating blood should not have anything to do with your sexual orientation, especially when only 15 percent of HIV carriers are unaware that they are infected. Heightened technology now ensuring that the potential risk of gay men transmitting HIV through blood transfusions means that they no longer should be treated as second-class citizens.

According to Barry Zingman, the medical director of the AIDS Center at Montefiore Medical Center, “It takes a week or two to diagnose HIV, not a lifetime. Medically speaking, there is no doubt in my mind that this ban doesn’t stand on good footing.” Even if a donator does have HIV, the FDA worries the possibility of them not carrying enough of the virus to be detected in the screenings–however, this is not just limited to homosexual men.

Gay men may be the largest demographic that carries HIV and AIDS, but they aren’t the only ones. For example, Black and Latino Americans also have disproportionately high percentages of their respective populations with the disease. Singling them out and turning away potentially healthy men with the risk that they may carry a disease is not only unfair but simply embarrassing on our country’s part.

In 2015, the FDA lifted the ban and instead introduced a deferral that restricts gay men who have had sex in the past year from donating blood. While our country is making progress to accept gay men, requiring a 12 month limit on donating, similar to those who get tattoos, is unjust. Receiving a tattoo is a choice, while sexuality is not.

As a fortunate first world society, we should be doing everything we can to help those in need.  Additionally, the risk of blood contaminations have become extremely low, and there is no scientific justification in violating the rights of an entire group of people. Blood expires easily, and with 90% of eligible donators not donating, we cannot risk not lifting this ban any longer.