High school movies are all the same, ‘Tall Girl 2’ is no different A predictable Netflix film shys away from any form of uniqueness 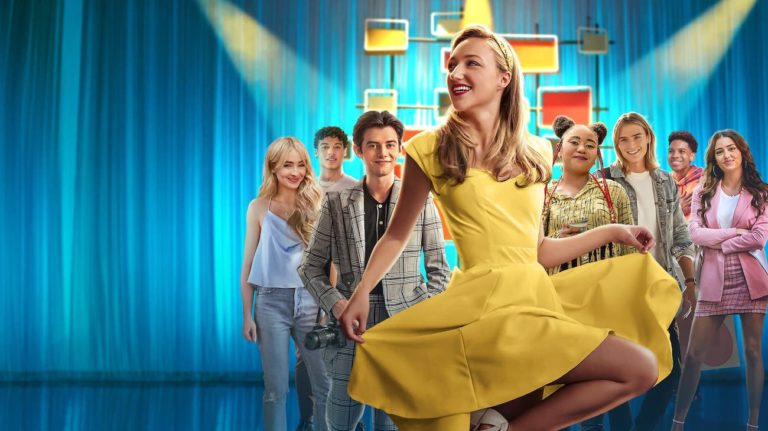 ‘Tall Girl 2’ is a let down that makes an attempt to be genuine.
Rating: C-Photo Credit: Netflix

After two and a half years since the release of Tall Girl, Jodi is back in Tall Girl 2. To no surprise, the movie delves into Jodi’s continued struggles of not following society’s norm for how women should look. Similar to many Netflix movies, Tall Girl 2 follows a copious amount of high school stereotypes, including clichés like the mean popular girl, a foreign exchange student, and a high school musical.

The movie follows Jodi (Ava Michelle) as she faces the struggles of being the lead of her school’s musical “Bye Bye Birdie,” something she’s aspired to be in since middle school. After the first movie, viewers can see how Jodi was able to get over her fear of the public and be more confident which continues into the second movie. The film also follows her complicated relationship with her boyfriend along with difficulties of her approaching performance, the movie poses as a romance and drama film. Like many movies about high school, it makes an attempt to be relatable and only partially succeeded, contradicting itself with the message it tries to convey about mental health.

A recurring theme of this sequel is Jodi’s thoughts surrounding her upcoming musical. When trying to prepare, Jodi often talks down to herself, claiming that she isn’t capable of putting on a good performance. She calls these thoughts her “voice” that fights her true thoughts. The representation of this situation is realistic, reflecting on real experiences people struggle with when talking to oneself. On top of her intrusive thoughts, Jodi experiences anxiety attacks from overthinking her upcoming performance, but is able to quickly calm down using simple breathing techniques within a few minutes. Though this is an adequate way to show what to do during an anxiety attack, it is not a completely accurate representation and is a common problem in this film.

And though the movie tries to normalize the experiences of intrusive thoughts, it continues to quietly support the stigma surrounding it. Jodi’s sister, Harper (Sabrina Carpenter), attempts to help her with her negative feelings, since Harper knows about how Jodi’s “voice” feels because of her experiences with girls in beauty pageants. She lies to Jodi and keeps the fact she’s experienced such a secret because she wants people to continue to take her seriously. This proposes the idea that having poor mental health means one does not deserve to be treated with the same amount of respect. Completely moving past it, this part of the film continues to support feeling shameful about poor mental health which contradicts its attempts to focus on how it is important to talk about.

In addition, the movie strangely tries to correlate issues of being tall with those of being overweight, which are not treated equally. Jodi and her co-star of the musical, Tommy (Jan Luis Canstellos), discuss their experiences of how society expects people to look. When Tommy opens up about his body image issues, Jodi’s response is that she didn’t know men could face the same weight issues that women do, which is something that is overlooked in society. Unlike other pieces of the film, the display of how men’s body image issues are often overlooked is refreshing to see in the media rather than continuing to hide it. Though, the fact is not brought up again throughout the movie and does not spend a lot of time addressing it.

Tall Girl 2 is a disappointment. Its lack of creativity and uniqueness plays into overdone cliches, leaving more than something to be desired. Although realistic issues are brought up, like body image issues, anxiety attacks and intrusive thoughts, it fails to eliminate the stigma. Tall Girl was widely known for being overly dramatic and cliche and the sequel does not stray far from the same themes of the first. Both movies were unnecessary and purposeless, missing any value that makes a movie worthwhile. My expectations were already low as the first movie was difficult to get through. Though there was hope for an improvement, my hopes fell through. Overall, Tall Girl 2 was a movie that didn’t need to be made and lacks enough uniqueness to distinguish itself from any other movie under the romance and drama category on Netflix.