The B(lack) word Ignoring words we should be saying 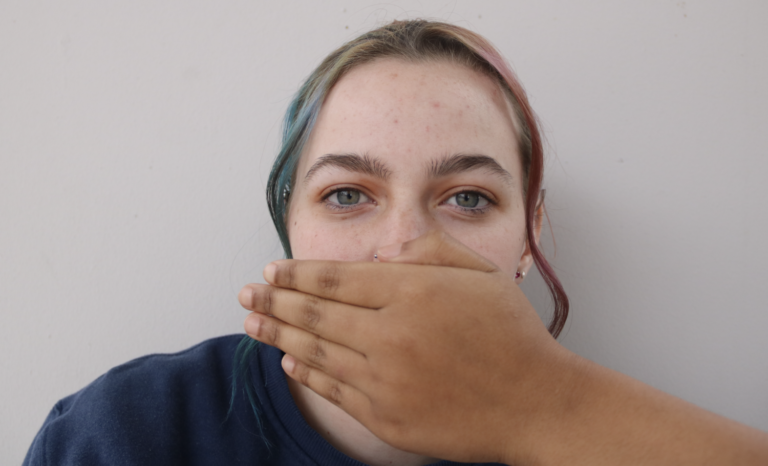 “Black” is not an offensive word, unless used in a negative connotation. Don’t look over the fact that I am black–just don’t base your judgements on me being so. Photo Credit: Noel Sarte-Saad

Growing up as the only black person in all of my current and past friend groups has always been excruciating. I dreaded sleepovers, meeting my friends’ parents and even spending time outside of school because I always felt like such an outcast.

The tension intensified after I visited a friend’s house recently. Her 14 year-old brother made a joke about how calling someone “Black” is a bad word–so instead of actually saying it, he butchered the word and pronounced it as “bl-oink.” I felt everyone in the room stare at me, waiting for me to speak out. However, for some reason, I couldn’t. I kept my mouth shut.

Perhaps the comment was intended to be sensitive toward racial discrimination, but all it did was upset me. In times like these, people may feel hesitant to make direct references to race. But, there is a difference between using racial descriptors appropriately and using them inappropriately. Unless you live under a rock it is easy to understand this difference, but using the word “Black” shouldn’t be questioned as offensive.

The hesitation in using these descriptors may come from the fact that there is not a specific umbrella term every person of color can agree to identify with. Even still, when we avoid using the terms “Black” or “African American,” we only encourage the alienation between races because their race isn’t being recognized. So the fake “woke-ness” in substituting racial terms is actually more offensive than appropriate.

The division of races has existed for centuries, being any race other than White came with heavy discrimination. Where we could live, what jobs we were offered and even education was all pre-determined by the color of our skin–it made being Black seem like a bad thing. Which then, I suppose, it would be appropriate to assume calling someone “Black” was offensive.

Times are changing, though. Even though the systematic oppression exists at a different level now, it is no longer an issue people normalize. There is a pride that has developed in being Black. Whether we call ourselves Black, African American or a person of color, the denouncement has been left in history for the majority of us.

Therefore, identifying someones race is unmistakably more respectful than demeaning. So instead of avoiding racial terms, just be authentic. Most people won’t find offense to being called Black, unless you use it in a derogatory manner. My race is not a curse word you cannot say aloud, and there is no longer an excuse for dodging these descriptors. Feel free to use the “B-Word” with ease–just know the difference between acknowledging my race and isolating me because of it.