PRO/CON: Going vegan for our planet If you’re asking yourself for effective solutions to global warming, look no further 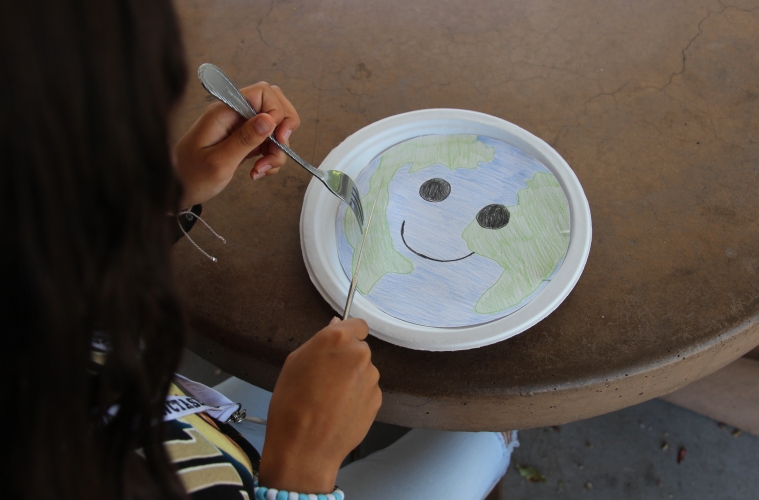 Combating climate change is the most important thing we can do to preserve our planet for future generations. Changing our diets is likely the most effective way to stop taking a bite out of the Earth. Photo Credit: Eriyale Williams

Oftentimes, debates over veganism are over how much worth animals like pigs and cows have. What’s often missing from these discussions is how much becoming a vegan can make life more fulfilling and sustainable for human beings. Case and point—climate change. News reports of the oncoming climate crisis—rising sea levels, geopolitical instability and unlivable conditions for many parts of the Earth—are now commonplace in the news. Subsequently, scientific projections for how much damage the Earth is going to endure as a result of global warming are becoming more pessimistic.

Factory farms are responsible for more than half of the carbon emissions into the atmosphere. Additionally, research from Oxford indicates that avoiding dairy and meat has the potential to reduce your carbon footprint from food by 73%. Going vegan may be the most effective thing an individual can do to reduce the burden they have on the planet.

Some argue that choosing to go vegan is a red herring because climate change is a societal problem that requires society-wide fixes. One of the most common citations in this argument is the one that states that over 70% of global emissions are caused from only 100 companies. But these companies aren’t emitting carbon because they want to; they’re satisfying individual consumers who want to buy their product. If we want to effectively combat the climate crisis, individuals have to take the lead to ensure the worst effects are mitigated.

Additionally, many people claim that advocating for going vegan is going to disproportionately harm low-income people. The argument here is that many poor people have no choice but to eat meat because processed fast foods are the only things they can afford. What this point misses is that having a vegan diet is generally cheaper than eating meat. Additionally, going vegan is likely to have a smaller impact on the global poor than other policies to reduce climate change, like carbon pricing or banning fossil fuels. Not only is veganism the most effective way of combating climate change, the empirical research shows that it’s cheaper than the alternatives.

None of this is to say that meat-eaters should be attacked or demeaned into becoming vegans. Dietary choices are deeply personal for all of us, so shaming someone into dropping meat and dairy is likely to be a fool’s errand. But even taking small steps to reduce meat intake—such as choosing vegan-friendly options of foods like hamburgers and pizza—has the ability to reduce your carbon footprint.

One of the most natural tendencies in humans is to blame one’s problems on others, and refuse to take responsibility for their actions. This bad habit is often seen with people excusing their meat-eating by minimizing the importance that they individually have on global warming. But this is a terrible way of trying to find an actually effective way to reduce carbon emissions. All of us must take responsibility for our diets for the safety and security of our planet.