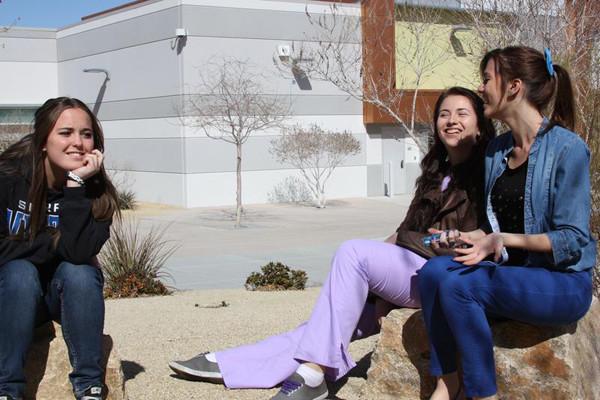 Using someone only hen you want makes them feel like they are not important. Drop the friendship if you are not willing to make time for them.
Photo Credit: Brittnie Truax

Do you have that friend that has not talked to you in months, but decided to contact you out of the blue? You have a regular conversation with them, and the two of you catch up on your current lives. You come to find out that many of their friends did not want to talk to them at the time, and you were the only person available for a conversation. It is nice to think that they were willing to catch up with you, but it hurts to know that they only wanted to talk to you because no one else was available.

For instance, I have a friend that I used to be so close with last year, but we drifted apart. In fact, we do not spend time with each other due to our mixed schedules. It is difficult for us to talk when the only way to have a conversation is through social media. Although our friendship is valuable, her lack of effort to make the friendship work makes it harder.

Throughout the time that we have not been able to talk frequently, we have only talked three times on Twitter. One day, she direct messaged me, and I figured that she had the time to have an actual conversation with me. I asked her if she was free, and why she decided to strike up a conversation. Two minutes later, she replied with, “You were the only person online, so I figured I might as well ask how you are.” Her response left me speechless; how do you respond to a reply like that? I wanted to keep my cool, so I messaged back with an “LOL” and a smiley face.

I was stuck between ignoring my feelings and letting her treat me as a last resort or ending our two year friendship; I decided to make the smart decision by choosing the latter. Instead of showing her that she could treat me like a doormat, I wanted to stand my ground. The next day, I tweeted to her, in hopes for a response. Surprisingly, she responded in practically .285 seconds. I told her that if she wanted to stay friends with me, she would have to work to keep our friendship going. She ended up accusing me of not talking to her, and I told her that I was done with our companionship. It was a difficult thing to do, but in the end, it was worth it.

Even if they were a close friend to you, it is not worth letting them treat you like their last choice. A friendship does not work when they do not want to talk to you at anytime unless you are the last person. You should end the friendship, no matter how close you were to the person.

It is not really a friendship when one does not have fond feelings towards the other. Remember that you are not anyone’s last choice; a friendship is only a friendship if they can talk to you at anytime, not solely because they are bored.